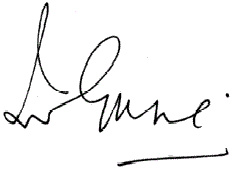 Born in the town of Jhelum in Western Punjab, now in , he actively took part in India's freedom struggle, and was jailed in 1942 during the ''. He belongs to a famous Khatri (merchant) family.

In the tumultuous days of June 1975, he was minister of Information and Broadcasting. On 12 June 1975, the high court gave a verdict that Prime Minister used unfair means in elections of 1971 and termed her election null and void. There were reports that her son, brought people from neighboring state of in a number of trucks to Delhi and held massive demonstrations in support of the Prime Minister. It was also reported that Sanjay wanted Gujral to give coverage of the rallies on state run television and radio. However, Gujral refused to obey Sanjay Gandhi, who did not hold any constitutional post. Many people believe that it was the reason why Gujral was replaced by as minister of Information and Broadcasting.fact|date=May 2008

Later, Gujral was appointed India's ambassador to . By the time of Indira Gandhi's return to power in 1980, as the Indian envoy to .

Gujral left the Congress Party in the mid-1980s and joined the . The Dal was a third-party with mainly socialist leanings and regional bases. In the 1989 elections, Gujral was elected from the parliamentary constituency in Punjab. He served as Minister of External Affairs in the cabinet. In 1989 V. P. Singh sent him to to seal the deal with the kidnappers in the case of the . The largest issue he had to deal with in this cabinet role was 's invasion of and the subsequent events that led to the first of January 1991. As India's representative, he personally met with Iraq's . His hug with Hussein during the meeting remains a matter of controversy. In the 1991 mid-term parliamentary elections, Gujral contested from constituency in against candidate and then-Finance Minister . However, the election was countermanded following complaints of large-scale irregularities.

In 1992, Gujral was elected to and remained a key Janata Dal leader.

After 1996 elections, when the United Front government was formed at the center under the leadership of , he was again named Minister of External Affairs. During this second tenure, he propounded his 'Gujral Doctrine', which called for better relations with neighbors.

Before becoming the in April 1997, he served the country as Union Minister or Minister of State holding different portfolios in the Ministries of Communications and Parliamentary Affairs, Information & Broadcasting, Works & Housing, Planning and Ministry of External Affairs.

The Congress party was supporting the United Front government from outside, but decided to withdraw support, which led to the collapse of the government in April 1997. In order to avoid elections, a compromise was reached. The Congress party agreed to support another United Front government under new leader, provided its concerns—such as not being consulted before taking important decisions and being marginalized—were addressed. The United Front elected Gujral as new leader and he was sworn in as Prime Minister on 21 April 1997.

Gujral inherited the bitterness between the Congress Party and the United Front from his predecessor, H.D. Deve Gowda. However he maintained good relations with the Congress Party, which supported his government from outside. Within a few weeks in office, Gujral faced trouble, not from the Congress party but within his own Janata Dal. The CBI asked for the permission from the governor of Bihar A. R. Kidwai to prosecute the state chief minister in a corruption case related to the purchase of fodder for the cattle ("see "). The state governor granted the permission for the prosecution of the chief minister and demand for the resignation of Yadav was raised both from within and out of the United Front. However, Yadav sternly rejected the demand. Prime Minister Gujral just exhorted Yadav to step down without actually taking any action against his government. When Gujral transferred the CBI director , who was investigating the case against Yadav, many people considered this as an attempt on the part of Prime Minister to protect Yadav. When Yadav felt that he no longer enjoyed a commanding position in Janata Dal, he left the party and formed his own '' (RJD) on 3 July 1997. Out of 45 Janata Dal members of parliament, 17 left the party and supported Yadav. However, the new party continued in the United Front and Gujral's government was saved from immediate danger.

Prime Minister Gujral continued in the office for over 11 months, including 3 months as caretaker Prime Minister. During this time, he attempted to improve relations with .

One of the most controversial decisions of his government was recommendation of President's rule in Uttar Pradesh, following unruly scenes in the state assembly on 21 October 1997. The government headed by sought vote of confidence when the violence and unruly scenes took place in the assembly. However President refused to sign the recommendation and sent it back to the government for reconsideration. The high Court also gave a decision against President's rule in Uttar Pradesh.

In early November 1997, parts of interim report of inquiring into the conspiracy aspects of the assassination case were leaked to the press. Reportedly, the Jain Commission had indicted the political party, (Dravid Munnetra Kazhagam) for tacitly supporting the , which was responsible for Rajiv Gandhi's assassination. The DMK was part of the ruling coalition at the center and the Union Cabinet had ministers belonging to the DMK. The Congress Party first demanded the tabling of the report on the floor of the parliament. The report was tabled on 19 November 1997. When it was confirmed that the Jain Commission had in fact held the DMK responsible for supporting the LTTE, the Congress party demanded that the ministers belonging to the DMK be dropped. There was exchange of letters between Congress President and Prime Minister Gujral. However, Gujral refused to budge. In a public function in on 23 November 1997, he gave a hint of what was to follow saying 'mid-term elections are around the corner'. The Congress Party finally withdrew support from his government on 28 November 1997. Gujral resigned following this withdrawal. As no alternative government could be formed, the only alternative was mid-term elections, as Gujral had foreseen.

The Gujral Government was in the mire of a very fractious, chaotic stage in the evolution of democracy in India. It failed to achieve any particular goal towards national progress and public welfare.

The elections were held in February-March 1998. Gujral contested again from Jallandhar constituency in Punjab with the support of . The Akali Dal, though a part of BJP-led coalition, opted to support Gujral because during his Prime Ministerial tenure, Gujral declared that the central government will share the expenses on stamping out terrorism in Punjab during 1980s and early 1990s, along with the state government of Punjab. That eased the strain on economy of Punjab to a great extent and the Akali Dal decided to support Gujral. Gujral defeated Umrao Singh of the Congress Party by over 131,000 votes.

*1. With neighbours like , , , and , India does not ask for reciprocity, but gives and accommodates what it can in good faith and trust.
*2. No n country should allow its territory to be used against the interest of another country of the region.
*3. No country should interfere in the internal affairs of another.
*4. All South Asian countries must respect each other’s territorial integrity and sovereignty.
*5. They should settle all their disputes through peaceful bilateral negotiations. According to Gujral, these five principles, scrupulously adhered to, would achieve a fundamental recasting of South Asia’s regional relationships, including the difficult relationship between India and Pakistan. Further, the implementation of these principles would generate a climate of close and mutually benign cooperation in the region, where the weight and size of India is regarded positively and as an asset by these countries.

Gujral did not contest the 1999 elections and retired from active politics. In 2004, his son unsuccessfully contested with an seat from , Punjab constituency in the Indian General Elections.

Gujral speaks fluent , and spends part of his leisure time writing Urdu s, a poetic form that traces back to India's s. His brother is a prominent painter and architect. Gujral and his wife Sheila Gujral, a poet and the author of several books have two sons; Naresh and Vishal Gujral. He has two granddaughters; Deeksha and Diva Gujral and a grandson; Anichya Gujral.

He is a member of the . [http://www.clubmadrid.org]