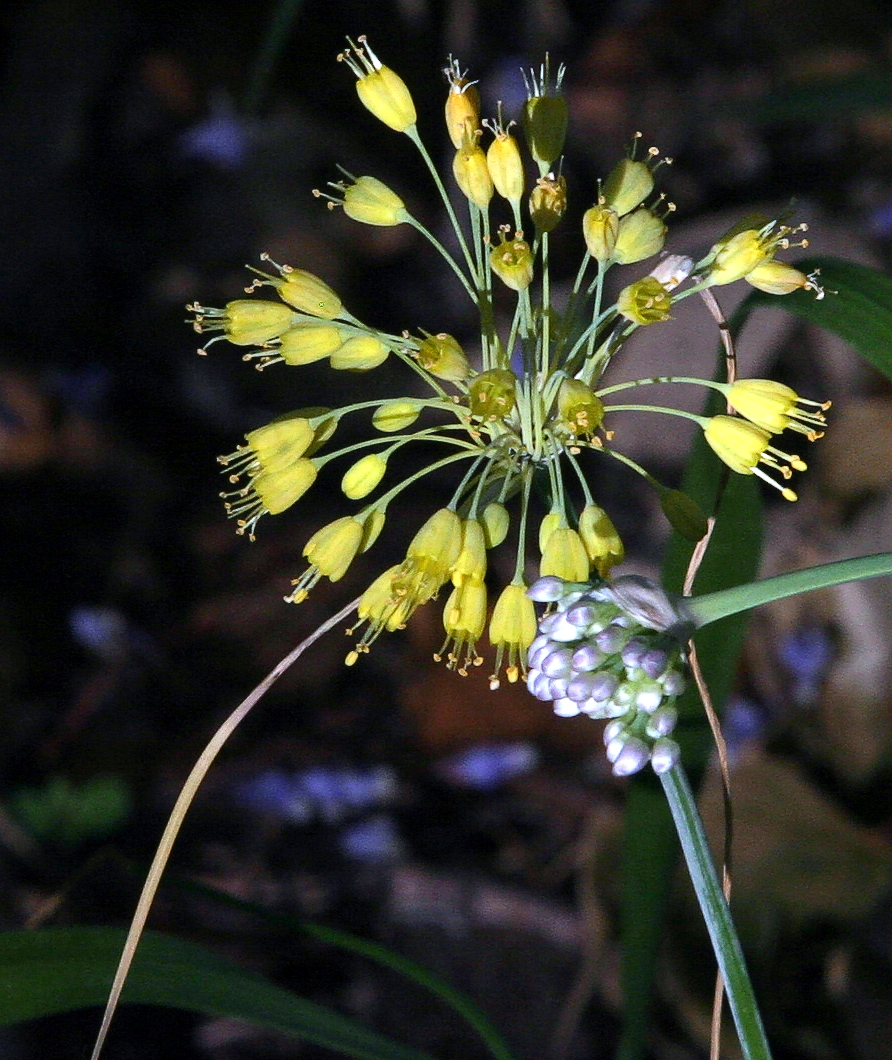 "Allium" is the , with about 1250 , making it one of the largest plant genera in the world. They are perennial bulbous plants that produce chemical compounds (mostly cystein sulfoxide) that give them a characteristic onion or garlic taste and odor, and many are used as food plants. "Allium" is classified in family although some classifications have included it in the family ().

"Allium" species occur in s of the , except for a few species occurring in Chile (as "Allium juncifolium"), Brazil ("Allium sellovianum") or tropical Africa ("Allium spathaceum"). They can vary in height between 5 cm and 150 cm. The s form an at the top of a leafless stalk. The s vary in size between species, from very small (around 2&ndash;3 mm in diameter) to rather big (8&ndash;10 cm). Some species (such as Welsh onion, "A. fistulosum") develop thickened leaf-bases rather than forming bulbs as such.

Most bulbous alliums increase by forming little bulbs or "offsets" around the old one, as well as by . Several species can form many bulbils (tiny bulbs) in the flowerhead; in the so-called "" ("A. cepa" Proliferum Group) the bulbils are few, but large enough to be used for .

Members of the genus include many valued s such as s, , leeks and s such as and . A strong "oniony" odor is characteristic of the whole genus, but not all members are equally flavorful.

Some "Allium" species, including "A. cristophii" and "A. giganteum", are used as border plants for their flowers, and their "architectural" qualities. Several hybrids have been bred, or selected, with rich purple flowers. "Allium hollandicum" 'Purple Sensation' is one of the most popular and has been given an (H4). By contrast, other species (such as the invasive "Allium triquetrum") can become troublesome garden s.

Various "Allium" species are used as food plants by the e of some including , Common Swift moth (recorded on garlic), moth, moth, Nutmeg moth, moth, and "Schinia rosea", a moth which feeds exclusively on "Allium sp".