Magnum opus
This article is about the greatest work of a writer, artist, or composer. For other uses, see Magnum opus (disambiguation).

Magnum opus (plural: magna opera, also opus magnum / opera magna), from the Latin meaning "great work",[1] refers to the largest, and perhaps the best, greatest, most popular, or most renowned achievement of a writer, artist, or composer. 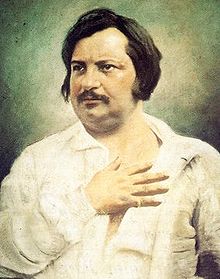 Sometimes the term magnum opus is used to refer to simply "a great work" rather than "the great work" of a specific person.[2]

In popular usage, the English-style plural magnum opuses may also be seen. Some reputable dictionaries such as the Oxford English Dictionary now regard magnum opuses as acceptable.

The term "magnum opus" is distinguished in usage from "masterpiece" by a requirement that it is a work on a large scale, and by the absence of a requirement that it is generally regarded as among the creator's most successful works. A masterpiece may be small, short or slight, but still highly successful. For example, several 19th century composers devoted enormous amounts of time to writing operas, but are mainly remembered for much shorter works for smaller forces. Examples include Franz Schubert, Robert Schumann, Isaac Albéniz, and Franz Liszt. Similar examples in literature include William Wordsworth and John Keats. With other artists, such as Beethoven, Wagner, Michelangelo, and Raphael, the two terms coincide in their work: their largest works are among those regarded as their best.