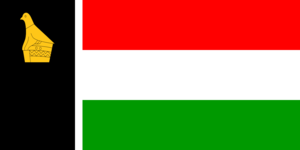 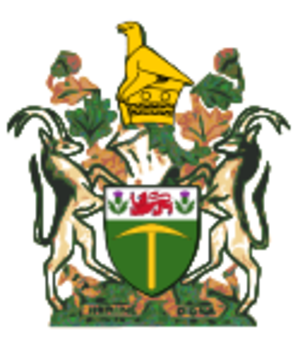 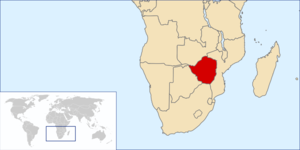 An "" between the Smith administration of the Republic of Rhodesia and moderate African nationalist parties not involved in the led to the end of white minority government and the birth of biracial rule in Zimbabwe Rhodesia.

As early as 1960, African nationalist political organizations in Rhodesia agreed that the country's name should be "Zimbabwe" and used that name as part of the titles of their organizations. The internal settlement government was intended to be a partnership between the existing Rhodesian government and the black African population, and that government therefore adopted a combined name.Fact|date=May 2007

During its brief existance, the Republic of Zimbabwe Rhodesia had one election which resulted in its short-lived biracial government.

Adapting the constitution of the Unilateral Declaration of Independence (UDI), the Republic of Zimbabwe-Rhodesia was governed by a Prime Minister and Cabinet chosen from the majority party in a one-hundred member House of Assembly. A forty member Senate acted as the upper House, and both together chose a figurehead President in whose name the government was conducted.

Of the one-hundred members of the House of Assembly, seventy-two were 'common roll' members for whom the electorate was every adult citizen. All of these members were Africans. Twenty seats were elected by mostly white constituencies using the previous electoral roll of Rhodesia; although this did not actually exclude non-whites, it was very rare for black Africans to meet the qualification requirements. A delimitation commission sat in 1978 to determine how to reduce the previous fifty constituencies to twenty. The remaining eight seats were for white non-constituency members, and were elected by the other 92 members of the House of Assembly once their election was complete. In the only election held by the Republic of Zimbabwe Rhodesia, Bishop 's (UANC) won a majority in the common roll seats while 's (RF) won all of the white seats. 's (ZAPU) won twelve seats.

The Senate of Zimbabwe-Rhodesia had 40 members. Ten members each were returned by the white members of the House of Assembly and the common roll members, and five members each by the council of Chiefs of Mashonaland and Matabeleland. The remaining members were directly appointed by the President under the advice of the Prime Minister.

The President of Zimbabwe-Rhodesia was elected by the members of the Parliament, sitting together. At the election on , , of the (UANC)

Starting with fifty-one seats out of one-hundred, of the UANC was appointed as Prime Minister. He formed a joint government with , the former , who was a Minister without Portfolio. Muzorewa also attempted to include the other African parties who had lost the election. members served as Muzorewa's Ministers of Justice, Agriculture, and Finance. White control over the country's civil service, judiciary, police and armed forces continued.

However, once in office, Muzorewa sought to drop 'Rhodesia' from the country's name, and in fact adopted a new national flag that featured the Zimbabwe soapstone bird. The national airline, , was also renamed . The name did manage to appear on some issues of Rhodesia stamps overprinted with "ZimbabweRhodesia" s; issues of 1978 still used "Rhodesia," and the next stamp issues were in 1980, after the change to just "Zimbabwe," and were inscribed accordingly.

The stipulated that control over the country be returned to the in preparation for elections to be held in the spring of . On , , the Constitution of Zimbabwe-Rhodesia (Amendment) (No. 4) Act received Presidential Assent and Lord Soames arrived the next day to take control. The name of the country formally reverted to at this time, although the name Zimbabwe Rhodesia remained in many of the country's institutions. From , , to , , Zimbabwe Rhodesia was again the British of Southern Rhodesia. On , Southern Rhodesia became the independent Republic of Zimbabwe.

During the first election for the Republic of Zimbabwe, 's (ZAPU) allied itself with 's (ZAPU). The alliance created (ZANU-PF). After achieving majority rule, the alliance split apart and Mugabe went about creating a "dominant party state."