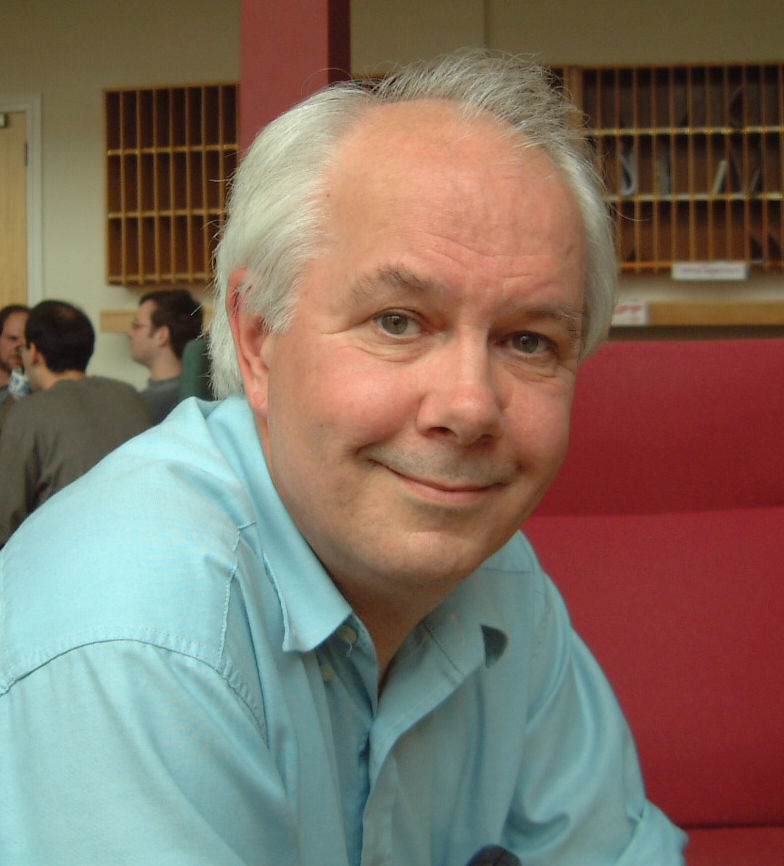 Ian Nicholas Stewart (born ) is a professor of at , England, and a widely known popular-science and science-fiction writer.

Stewart was born in 1945 in England. While in the at school, Stewart came to the attention of the mathematics teacher. The teacher had Stewart sit mock A-level examinations without any preparation along with the upper-sixth students; Stewart placed first in the examination. This teacher arranged for Stewart to be admitted to Cambridge on a scholarship to Churchill College, where he obtained a BA in Mathematics. Stewart then went to the University of Warwick for his , on completion of which in 1969 he was offered an academic position. He is now Professor of Mathematics at the University of Warwick. He is one of the world's most famous mathematicians, with significant contributions to .

He has collaborated with Dr Jack Cohen and on three books based on Pratchett's . In 1999 made both Jack Cohen and Professor Ian Stewart "Honorary Wizards of the Unseen University" at the same ceremony at which the University of Warwick gave Terry Pratchett an .

Stewart has published more than 140 scientific papers, including a series of influential papers co-authored with Jim Collins on [http://www.bu.edu/abl/publications_2.html#cno coupled oscillators and the symmetry of animal gaits] .

Stewart was married to his wife, Avril, in 1970. They met at a party at a house Avril was renting while she trained as a nurse. They have two sons. Fact|date=August 2008

Bibliography of his publications

Stewart has published in journals that have included "", "", and "Nature".

* From "What Does a Martian Look Like? The Science of Extraterrestrial Life"::" [S] cience is the best defense against believing what we want to."

* From "" on the concept of and how it applies to science:: "Lawyers have a concept known as 'fungibility'. Things are fungible if substituting one for another has no legal implications. For example, cans of baked beans with the same manufacturer and the same nominal weight are fungible: you have no legal complaint if the shop substitutes a different can when the assistant notices that the one you've just bought is dented. The fact that the new can contains 1,346 beans, whereas the old one contained 1,347, is legally irrelevant.

:That's what `take as given' means, too. Explanations that climb the hierarchy are cascades of fungibilities. Such explanations are comprehensible, and thus convincing, only because each stage in the story relies only upon particular simple features of the previous stage. The complicated details a level or two down do not need to be carried upwards indefinitely. Such features are intellectual resting-points in the chain of logic. Examples include the observation that atoms can be assembled into many complex structures, making molecules possible, and the complicated but elegant geometry of the that permits the `encoding' of complex `instructions' for making organisms. The story can then continue with the computational abilities of DNA coding, onward and upward to goats, without getting enmeshed in the s of .

:What we tend to forget, when told a story with this structure, is that it could have had many different beginnings. Anything that lets us start from the molecular level would have done just as well. A totally different subatomic theory would be an equally valid starting-point for the story, provided it led to the same general feature of a replicable molecule. theory is fungible when viewed from the level of goats. It has to be, or else we would never be able to keep a goat without first doing a Ph.D. in physics."