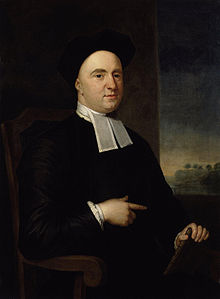 George Berkeley is credited with the development of subjective idealism.

From the point of view of subjective idealism, the material world does not exist, and the phenomenal world is dependent on humans. Hence the fundamental idea of this philosophical system (as represented by Berkeley or Mach): things are complexes of sensations, and only subjects and objects of perceptions exist.

Subjective idealism is a form of idealism: it is an ontology which takes only minds, ideas, and perceptions to be fundamental.

The most famous proponent of subjective idealism was the 18th century Irish philosopher George Berkeley, although Berkeley's term for his theory was 'immaterialism'.

Subjective idealism is featured prominently in the Norwegian novel Sophie's World, in which "Sophie's world" exists in fact only in the pages of a book.[citation needed]