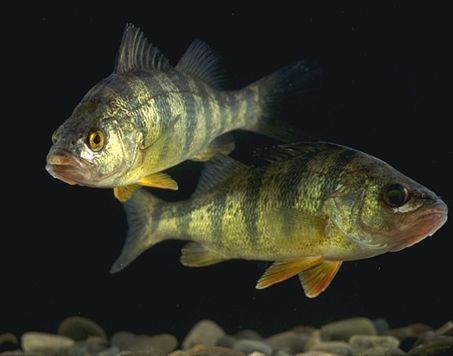 
Teleostei is one of three infraclasses in class , the ray-finned fishes. This diverse group, which arose in the period

On the basis of biomass as well as of species count, teleosts are the typical vertebrates, and all other vertebrates are exceptions to the teleost rule.Fact|date=February 2008 See for a complete list of orders.

Teleosts have a movable and and corresponding modifications in the jaw musculature. These modifications make it possible for teleosts to protrude their jaws outwards from the mouth. [cite web | title = Telostei | url = http://www.ucmp.berkeley.edu/vertebrates/actinopterygii/teleostei.html | publisher = Museum of Paleontology, University of California, Berkeley | author = Ben Waggoner | date = 1995-07-17 | accessdate = 2006-06-08 ] The caudal fin is , meaning the upper and lower lobes are about equal in size. The ends at the , distinguishing this group from those in which the spine extends into the upper lobe of the .