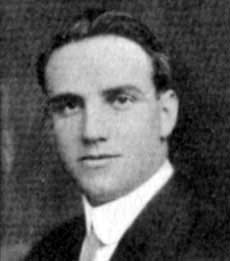 Born Joseph Aloysius Dwan in , , his family moved to the United States when he was 11 years old. At the University of Notre Dame, he trained as an engineer and began working for a lighting company in . However, he had a strong interest in the fledgling motion picture industry and when offered him the opportunity to become a scriptwriter, he took the job. At that time, some of the East Coast movie makers began to spend winters in where the climate allowed them to continue productions requiring warm weather. Soon, a number of movie companies worked there year-round and, in 1911, Dwan began working part time in Hollywood. While still in , in 1917 he was the founding president of the East Coast chapter of the .

After making a series of westerns and comedies, Dwan directed fellow Canadian in several very successful movies as well as her husband, , notably in the acclaimed 1922 "Robin Hood".

Following the introduction of the talkies, in 1937 he directed child-star in "" and "Rebecca of Sunnybrook Farm" the following year.

Over his long and successful career spanning over 50 years, he directed over 400 motion pictures, many of them highly acclaimed, such as the 1949 box office smash, "". He directed his last movie in 1961.

He died in Los Angeles at the age of ninety-six, and is interred in the , .

Allan Dwan has a star on the at 6263 Hollywood Boulevard in Hollywood.