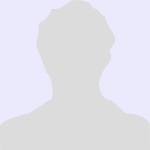 Jake Thomas (born , ) is an American and known for his role in the television show "", in which he plays Lizzie's younger brother, .

Thomas was born in , the son of , a television reporter, actress, and writer, and , a personality, actor, and writer. [ [http://www.filmreference.com/film/30/Jake-Thomas.html Jake Thomas Biography (1990-) ] ] He has a brother, Chad, and a sister, Brooke.

Thomas played Eric Miller in the "" episode "Wannabe" and a young in the "Hefner: Unauthorized". He made a guest appearance on "" and guest stars in "" as Jason Stickler.

Thomas travels between Los Angeles, California and Knoxville, Tennessee. He released a CD, "Now and Then" , which is marketed by .