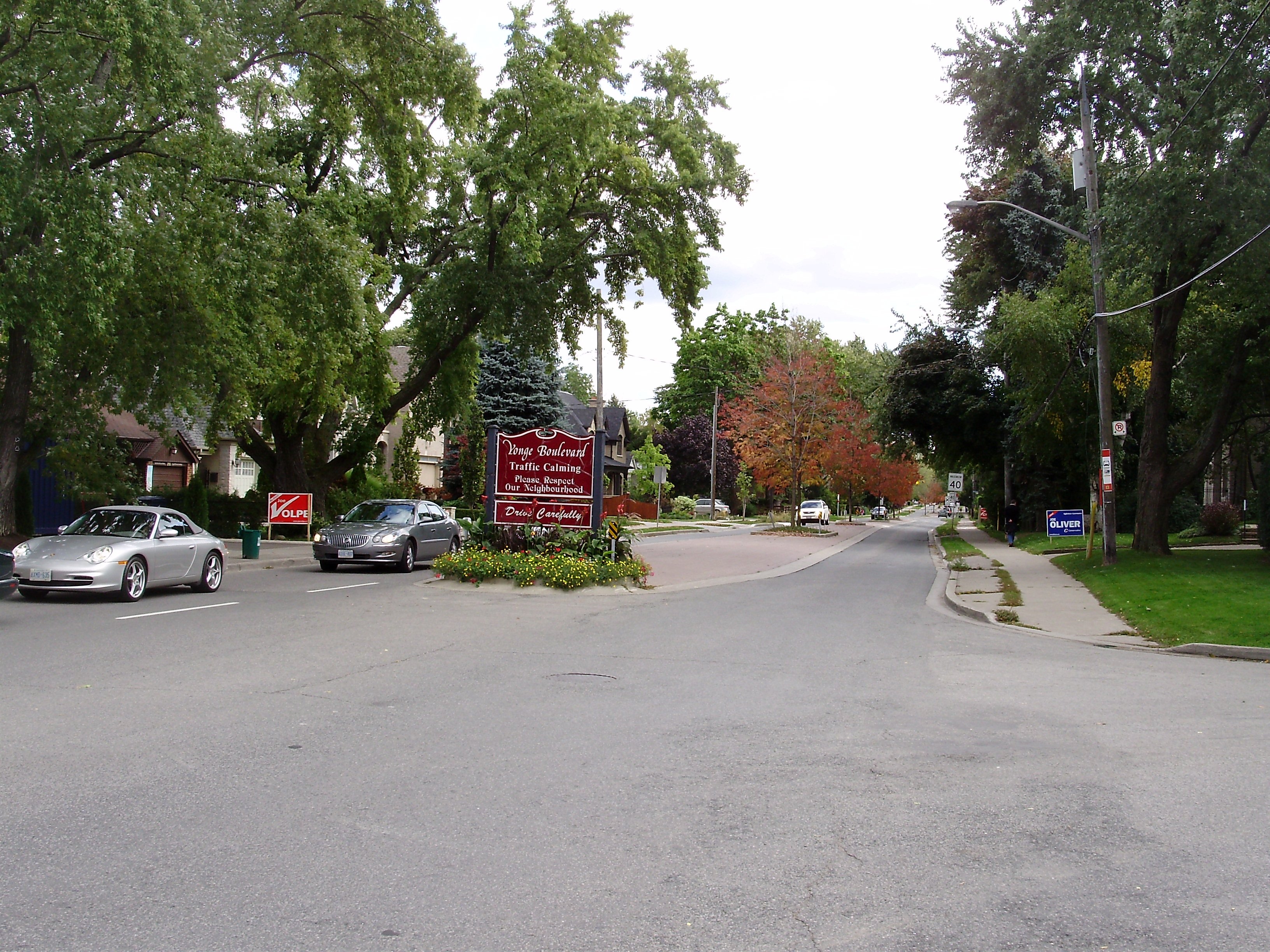 Bedford Park began as a farming hamlet north of . The hamlet was a popular stopover for farmers making their way to market in the city. The neighbourhood was likely named after the Bedford Park Hotel, which opened in 1873 at the southwest corner of and Fairlawn Avenue, just north of .

In 1890 Bedford Park was amalgamated with the hamlets of Davisville and Eglinton to the south, and incorporated as the City of . In the same year, the began service to the area, encouraging residential development.

Bedford Park is bisected by Yonge Street, lying north of Lawrence Avenue and east of Avenue Road. The northern boundary is Brooke Avenue on the West side of Yonge, and Snowdon Avenue to the east of Yonge. The eastern boundary is Roslin Avenue.

The original homes in the area were constructed between 1890 and 1940. Bedford Park was conceived as a housing development on the northern boundary of the city, with mid-sized detached and semi-detached homes. The relocation of the Golf Club in 1909 to the section of the Don Valley northeast of Bedford Park brought about development of the (more moneyed) bordering neighbourhoods of Lawrence Park and Teddington Park.

Bedford Park's quiet streets, mature trees, good schools and parks, and proximity to the 401 and Lawrence subway station attract young professionals and their families to the neighbourhood. Many of the original homes still stand, with a number having undergone extensive renovations. A portion of the original homes in the neighbourhood have been torn down and replaced with larger, more modern homes.

The City of Toronto's neighbourhood definitions place Bedford Park within a larger neighbourhood, called Bedford Park-Nortown. The border of this larger area extend to on the west, Highway 401 to the north, Hillhurst Boulevard (just north of ) to the south, and zigzags from northeast to southwest along and .

The larger area now also encompasses Ledbury Park, which has turned into quite a large construction zone with the huge migration of young professionals to the area. The classic s which dominated the area are being replaced by dumpsters and construction, which has vaulted the housing value disproportionately to the city average.