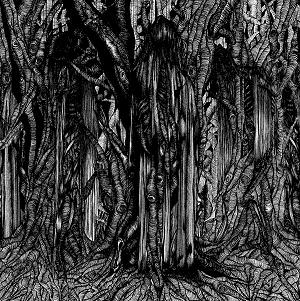 "Black One" is the sixth album by . It is a combination of both experimental and traditional Sunn O))), utilizing many guest musicians, including musicians Malefic and Wrest from and Leviathan, respectively. The band supposedly also went so far as to lock Malefic in a to record the vocals on "Báthory Erzsébet". [cite web |url=http://www.southernlord.com/band_SUN.php |title= Southern Lord Records page on Sunn O))) |accessdate=2008-08-07]

"Orthodox Caveman", previously known as "Caveman Salad", is based on live material from the White (see "") tour. "Báthory Erzsébet" was recorded as a tribute to (as well as the countess who inspired Bathory's name) and, according to an interview with "", is loosely based "around a really slowed down riff from 'A Fine Day to Die'"Fact|date=September 2007.

The album is not a continuation of the and trend. As the band has repeatedly stated, the title is written as the word "one", not the digit. It is not part of a series like the Whites, so there will not be a "Black Two."

Disc one (Black One)

Sunn O))) albums often disregard liner notes in favor of stylistic or abstract verse to coincide with the direction of the music. Black One is no different in this regard and features dark, ian prose:

"I Scabs of the past peeling slowly from a dark and distant memory. emptiness. whispering menace glinting beneath the skin. consumption in the vast eternal maw. decaying teeth flickering over the tongue of the fearless debasement of eternal torment. Dark is the light. And everything is black.

"II Carried along the eternal corridor, entombed in the sarcophagus of hate, lined with the flayed hide of the weak, draped in the lungs of the aborted, tongues drooling the acidic fear of menace, peeling skin to bones, blackening with cancerous shame, disembowelled by the grotesque and carried forth on hands of wicker, buried in the wailing mud of rejection, the voices of doom carried on the winds of the virus. A thousand voices darken the great unholy destination where the mighty winged ones sleep, awaiting you, broken and dissected, their teeth filed into the sacred shapes of the damned."

"III Held down by faceless darkness, the universe shrinking back through time. a mouth held open to the bottomless pit, the flavor of the death of all that have come before, the air bloated and brittle with fear. solidifying. forever mummified in the molten ruins of the rejected, their gleeful pain a molten wave that consumes. fields of blood and onyx carry your remains to the last chariot of stone drawn by the great caribon, dragged across the valley of the endless void, to a place where no word exists, where you are left atop the final precipice. the vast expanse of hopelessness stretching into the infinite. beckoning with the shattered feathered hands of the damned."

"IV Face down where the ancient soil meets the discarded flesh. the great stench of all that is rotten. and forgotten. the unburied chamber into what you were. feating on the joy that is stolen forever. an alchemy of disgust and hatred. the unceremonious . the smell of all final moments at once. embedded in the great beasts flesh, the carrier of the tormented. the final journey through the impossible, a silence so vast that deafens with its roaring certainty. to the unnamed place, guarded by the ancient carrion and their minions of vomit and pestilence."

"V Alone. unalive. forgotten and abandoned where only the discarded dwell. the scurrying of footsteps so large planets fall into the great pit. entire civilizations consumed on the slow frenzy of despair. an unholiness that judges without reason. digested by something so hungry, so insatiable. a gleeful darkness that knows you have arrived. and has always known. something that should never have been. something waiting with a patience truly terrifying. that is everything and nothing. a darkness that binds all together in fear and eternity. Await."

"VI Something comes. something that you should never have known calls. summoned by a vastness that kills certainty without thought. the boulders of blood open their gates. for it is here that the universe fears to believe. the gateway to the infinite hunger opens. the eternal swarms that darken darkness beckon with their flawless misshapen menace. a knowledge that is so certain it has been locked away. here it dwells, draped in the void. the very flesh of darkness. where the unholiest caress their nightmare. the resting place of all that is damned. For here you are unwelcome. unalive and incarcerated in the place where the murdered stones bleed onto the tongue of damnation."

"VII Here. Decompose forever. aware and unholy. encased in marble and honey from the swarm. a thin coat of infernal whispering that bleaches from within a darkness that defiles thought. stolen by the wingless harpies whose memories lay waste the valley of diamonds, where the One sleeps. her eyes, placid pits of violent tar and bitumen regurgitated by demons chained to misery. eyes that see nothing for there is only the darkness that wells up from inside. a great viscous cloud smothering hope. a blanket woven from the dung of the old ones. their disease the tapestry of all that is futile. her gaze burning holes in the veil that protects the chosen. her breathe a plague that unleashes the frozen wolves, blind, their tongues paint your heart with scorpions. their pestilence an invitation to the only one that matters for She is the presence that is all that is un-named, for it is Her, the unbegotten Mistress of the eternal hunger. dwell forever in her great unholy stomach where the damned befoul themselves in the glory of her fecund and bloody history. worship in the torment of a million wasted lives. bathe in the horror that the blood of time carries with the plague. and befoul yourself with worship, for she hates you eternally with the ferocious lust that binds all that inhabit the wasted and forgotten, the blissful loathing of you is now all that remains. alone. forgotten and Damned.""