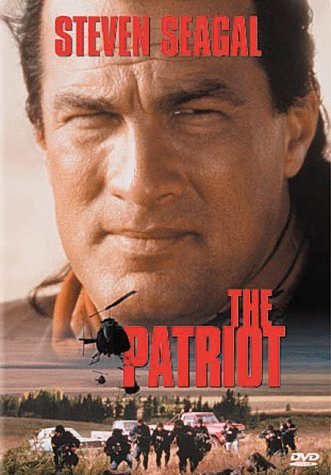 Near the town of Ennis, , local doctor and former government research immunologist Wesley McClaren, who has an interest in herbal medicine and is also a weapons and self-defense expert, is called to hospital when people start dying from an unknown but very deadly disease. He determines that the cause is a highly dangerous airborne and calls in a Biological Response team, who seal off the town whilst doctors start treating sufferers with an anti-toxin. Several have already died.

The source of the toxin is traced to a local self-styled rebel militia leader, Floyd Chisolm, who has given himself up after a long and has been arrested on weapons charges. In court, having ingested the toxin himself (believing that he also possesses the anti-toxin) he spits at the judge, and starts the rapid spread of the disease.

Floyd's militia followers, who have been allowed to go free, attack and capture the hospital, including Wesley and his daughter Holly, with much loss of life, and rescue him. But too late, they realise that the anti-toxin they possess doesn't actually work.

Working at gunpoint, Wesley takes a sample of Holly's blood; it shows that Holly has been infected, but somehow her body is fighting it off. Wesley and Holly contrive to escape and travel to a farm where Holly's Grandfather lives. Wesley takes a blood sample from his friend Dr Ann White Cloud, and realizes that her body is also fighting off the infection.

Wesley and Ann gain access to a secret underground laboratory where Wesley used to work, where they hope to come up with a cure. Wesley finds out why Ann and Holly are not being affected by the toxin; they have been drinking tea made with a specific wild herb that's known to native American healers.

Back at the hospital, Wesley and Holly are captured by the militia, but he manages to kill Floyd and disable the other soldiers. As soon as the biological protection team learn of the cure, they go out and pick all the flowers they can find and drop them by helicopter over the town, telling the people to boil them and drink the liquid.