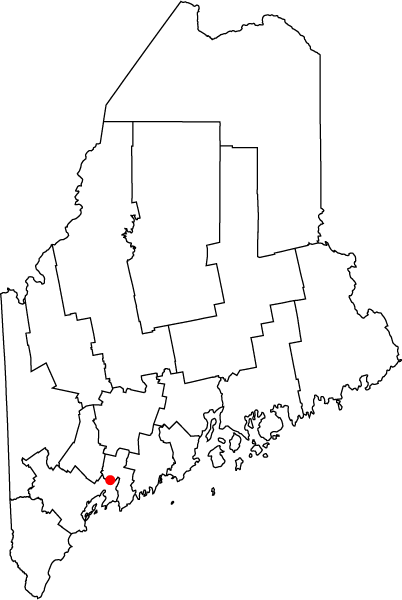 :"For other locations of this name, see "

Topsham is a town in Sagadahoc County, , . The population was 9,100 at the 2000 census. It is part of the Portland&ndash;South Portland&ndash;Biddeford, Maine Metropolitan Statistical Area. The town is home to the Topsham Fair.

Called Sawacook, the area was territory of the Pejepscot Indians, a of the Anasagunticooks (now Androscoggins), who controlled the . They lived and fished at Pejepscot Falls. But a , probably brought by ans, decimated the tribe's population in 1615-1616. On , , the area was granted by the Plymouth Council to Thomas Purchase and George Way, later acquired by Richard Wharton, and then in 1714 by the Pejepscot Company.

The first was built in 1716 on the Cathance River, and in 1717 the plantation received the name Topsham, named for Topsham in , . On , , it was incorporated as a town by the . and mills were important early businesses, the latter especially active between 1750-1770. There was a and brickyard. Pejepscot Falls provided to operate mills, and industries would include a , sash and factory, shingle mill, factory, maker, nail factory, factory, 2 tanneries, manufacturer, 2 quarries and a works. In 1856, the Sagadahoc Agricultural & Horticultural Society erected its building and fairgrounds, and the town remains host to the annual Topsham Fair.

The town is crossed by Interstate 295, , and state routes 24 and 196. It borders the towns of Bowdoin and Bowdoinham to the north, Brunswick to the south, and Durham and Lisbon to the northwest.

There were 3,424 households out of which 37.4% had children under the age of 18 living with them, 60.0% were married couples living together, 8.5% had a female householder with no husband present, and 28.1% were non-families. 22.4% of all households were made up of individuals and 9.3% had someone living alone who was 65 years of age or older. The average household size was 2.62 and the average family size was 3.08.