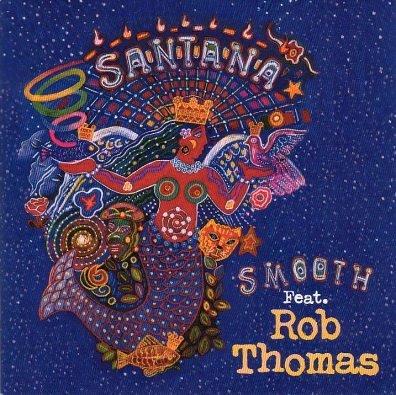 "Smooth" is a duet by and Rob Thomas, the latter of the rock group . The song was written by Rob Thomas and and sung by Rob Thomas. Originally conceived by Shur as a song called "Room 17", the lyrics were stripped off and the track was given to Thomas. Thomas re-wrote the lyrics and melody and re-titled it "Smooth". Thomas's original thought was to have sing the song. Thomas recorded the song as a demo to play for Santana. After hearing the song being sung by Thomas, Santana decided to have Thomas record the final version. [ [http://www.vh1.com/artists/interview/1458955/20021202/matchbox_twenty.jhtml VH1.com : Matchbox Twenty - Rhapsody Music Downloads ] ] produced the record and it was released from Carlos Santana's album "Supernatural" and became a massive hit in 1999, spending twelve weeks at number one on the at the end of that year. It was the first chart-topping song in Santana's long-running career (his previous biggest hit being "", number four in 1971). According to some charting standards, Smooth is Billboard's most popular song of all time. Though some songs have spent longer than 12 weeks at #1, when combining total sales during the entire time the song has charted, Smooth ranks higher than any other.

The song won three s, including Record of the Year, Song of the Year, and Best Pop Collaboration with Vocals. It spent a record-breaking ten consecutive weeks at the top of the , a record that held up until the broke it in 2006. According to "Billboard's Hottest Hot 100 Hits" by Fred Bronson, this is the #1 song of The Nineties (2003). This is a playable song in .

The song features a Latin-influenced feel, inspired by the classic Santana song, "Guajira".

The lyrics seem to praise an unnamed woman in the exuberant fashion of 's poetry, only to pose an ultimatum ("Give me your heart/Make it real/Or else forget about it") to her and abruptly break off this praise, similarly to Shakespeare's . Actually, Rob Thomas wrote this song for his wife, Marisol Thomas. They got married in 1999, after they met backstage in 1998. Of Spanish origin, she was the inspiration behind the song, such as behind the line: "My muñequita, my Spanish Harlem Mona Lisa" Fact|date=July 2008 Thomas stated in interviews that the phrase "Spanish Harlem Mona Lisa" was inspired by the 1972 song , which includes references to the 1961 song .