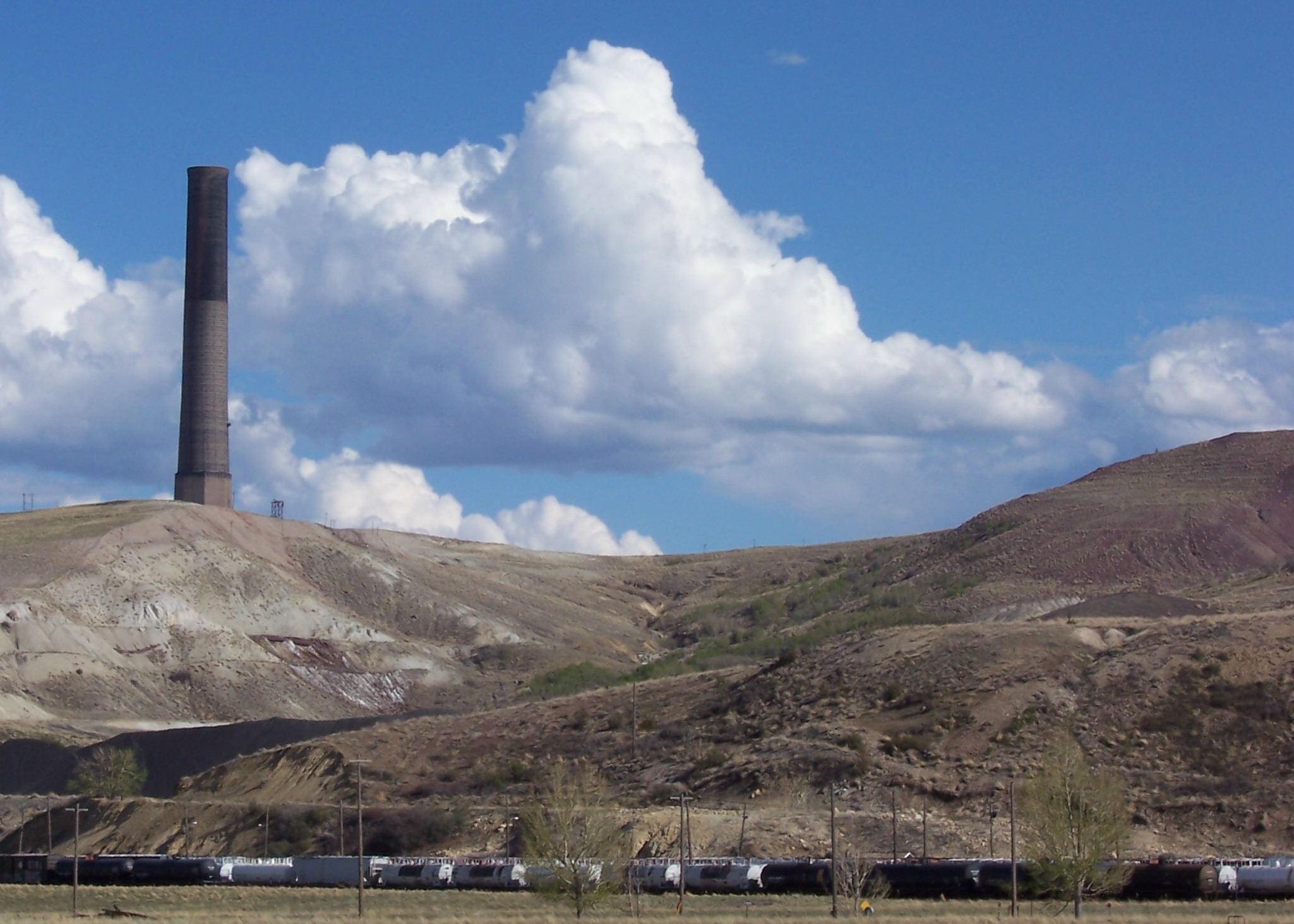 The Anaconda Smelter Stack is a radial smoke stack, once part of the at in the United States. The stack rests on a concrete foundation and measures 585 feet (178 m) high. The inside diameter of the stack is convert|75|ft|m at the bottom and convert|60|ft|m at the top. The wall thickness ranges from six feet at the bottom to two feet at the top. [cite book|title=The Anaconda Reduction Works|edition=July 1920|publisher=Anaconda Copper Mining Company|year=1920]

Construction of the stack was completed on May 5, 1919. The Stack was built by the Alphons Custodis Chimney Construction Company of New York. [cite book|title=Kidder-Parker Architects' and Builders' Handbook|edition=18th Edition|publisher=John Wiley & Sons|year=1931] At the time it was built, it was the tallest masonry structure of any kind in the world. The Stack remains the tallest and possibly largest free standing masonry structure in the world. An interesting note is that the would easily fit inside. It is commonly referred to as 'The Stack' and is a well known landmark in western Montana.

The stack was designed to discharge exhaust gases from the various roasting and smelting furnaces at the smelter. The stack is situated on the top of a hill. The smelter had a large network of exhaust flues from the furnaces that all fed a main flue. The main flue carried the combined smelter exhaust gases a half-mile up the hill to the stack. The flue system and stack combined to provide a natural draft to carry the smelter exhaust gases, and it was claimed to be capable of handling three to four million cubic feet per minute of gas. [cite book|title=The Anaconda Reduction Works|edition=July 1920|publisher=Anaconda Copper Mining Company|year=1920]

The Anaconda Smelter was demolished after its closure in 1981, and the site underwent environmental remediation. The stack alone, however, remains standing. The site is now a State Park.