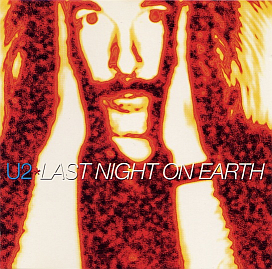 "Last Night on Earth" is the third single from 's 1997 album, "Pop". The song features excerpts from "Trayra Boia," written by and Denise Milan.