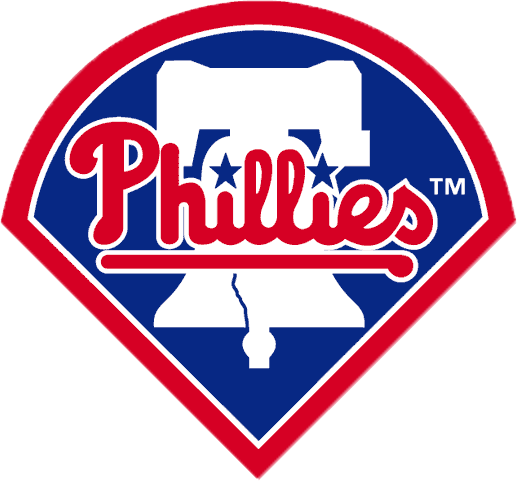 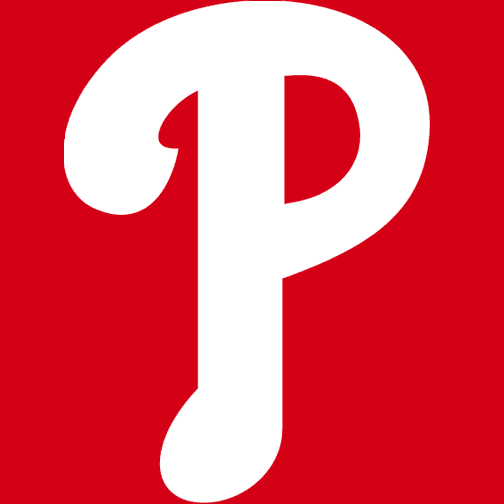 The Philadelphia Phillies are a team based in , , in the . The Phillies are a member of the Eastern Division of 's . From mlby|2004 to the present, the Phillies have played their home games at in the section of the city.

The Phillies have won one World Series championship (against Kansas City in mlby|1980) and five National League pennants in their history, but the franchise has also experienced long periods of struggle. The age of the team combined with its history of adversity has earned them the distinction of having lost the most games of any team in the history of . [cite web|last = Fastenau |first = Stephen |publisher = MLB |date = 15 July 2007 |title=Phils handed 10,000th loss |url = http://philadelphia.phillies.mlb.com/news/gameday_recap.jsp?ymd=20070715&content_id=2089066&vkey=recap&fext=.jsp&c_id=phi |accessdate = 2008-06-04] The Phillies are also known as a league leader in environmental protection.

After being founded in 1883 as the "Quakers," the team changed its name to the "Philadelphias", after the convention of the times. This was soon shortened to "Phillies."

After lumber baron purchased the team in mlby|1943, the Phillies began a rapid rise to prominence in the National League, as the team rose out of the standings cellar for the first time in five years. The fans responded with an increase in attendance, but it soon became clear that not all was right in Cox' front office. Eventually, it was revealed by Cox that he had been betting on the Phillies, and he was banned from baseball. The new owner, Instead, Carpenter turned his attention to the minor league affiliates, continuing an effort begun by Cox a year earlier; prior to Cox' ownership the Phillies had paid almost no attention to player development. "Whiz Kids," led by a lineup of young players developed by the Phillies' farm system that included future Hall of Famers and Robin Roberts. [cite web | title = History: Phillies Timeline (1950s) | publisher = Phillies | url = http://philadelphia.phillies.mlb.com/phi/history/timeline07.jsp| accessdate = 2008-06-04] Their mlby|1950 season was highlighted by the last day, pennant-clinching home run by to lead the Phillies over the Dodgers and into the World Series.

From Lows to Highs

As the Phillies sank back to mediocrity, a bright spot began to develop after the departures of the "Whiz Kids." The team seemed destined to make it to the World Series after strong showings in the early part of the decade; alas, it was not to be. The Phillies squandered a six-and-a-half game lead with a ten-game losing streak to close the mlby|1964 season, and lost the pennant by one game to the . The "Phold of '64" is one of the most notable collapses in sports history. [cite web | title = History: Phillies Timeline (1960s) | publisher = Phillies | url = http://philadelphia.phillies.mlb.com/phi/history/timeline08.jsp | accessdate = 2008-06-05] The Phillies moved out of Connie Mack Stadium and into Veterans Stadium, and their new maroon uniforms, at the end of the decade. While some members of the team had admirable performances during the 1970s, the Phillies still clung to their spot at the bottom of the National League table. Ten years after the Phold, they suffered another minor collapse over August and September of mlby|1974, missing out on the playoffs yet again. However, the futility would not last much longer. After a run of three straight division titles from mlby|1976 to mlby|1978, [cite web | title = History: Phillies Timeline (1970s) | publisher = Phillies | url = http://philadelphia.phillies.mlb.com/phi/history/timeline09.jsp | accessdate = 2008-06-05] the Phillies won the NL East in mlby|1980 behind pitcher , outfielder , and infielders , , and . In a memorable NLCS, with four of the five games needing extra innings, they fell behind 2&ndash;1 but battled back to squeeze past Houston on a tenth-inning game-winning hit by center fielder , and the city celebrated its first pennant in 30 years.

Facing Kansas City in the , the Phillies won their first and only world championship in six games, thanks to the timely hitting of and . Schmidt, who was the National League MVP for the 1980 season, also won the World Series MVP finals award on the strength of his 8-for-21 hitting (.381 average), including game-winning hits in Game 2 and the clinching Game 6. Thus, the Phillies became the last of the 16 teams that made up the major leagues from mlby|1901 to mlby|1961 to win a World Series.

The mlby|1993 Phillies started the season hot, going 17&ndash;5 in April and powering their way to a 97&ndash;65 season. The Phillies beat the in the , four games to two, to earn the fifth pennant in franchise history, only to suffer defeat by the defending world champion in the . [cite web | title = History: Phillies Timeline (1990s) | publisher = Phillies | url = http://philadelphia.phillies.mlb.com/phi/history/timeline11.jsp | accessdate = 2008-06-05] Toronto's hit a walk-off home run in Game 6 to clinch another Phillies loss.

In mlby|2001, the Phillies had their first winning season in eight years under new manager , and would not dip their season record below .500 again from the mlby|2003 season onward.

The current team colors, uniform, and logo date to 1992. The main team colors are red and white, with blue serving as a prominent accent. The team name is written in red with a blue star serving as the dot over the "i"s, and blue piping is often found in Phillies branded apparel and materials. The team's home uniform is white with red pinstripes (the Phils are only major league team to wear the red pinstripes), lettering and numbering. The road uniform is traditional grey with red lettering/numbering. Both bear a script-lettered "Phillies" logo, with the aforementioned star dotting the "i"s across the chest, and the player name and number on the back. Hats are red with a single stylized "P". The script "Phillies" and the red trim are similar to the style worn by the team during 1950 to 1969.

During the mlby|2008 season, the Phillies wear an alternate, cream-colored uniform during home day games in tribute to their 125th anniversary. The uniforms are similar to those worn from 1946 through 1949, featuring no pinstripes and red lettering bordered with blue piping. The accompanying cap is blue with a red bill and a red stylized "P." The uniforms were announced on November 29, 2007, where Phillies shortstop , pitcher and Hall of Famer Robin Roberts modeled the new uniforms. [cite web | last = Zenz | first = Jay | title = Phillies unveil alternate uniforms | publisher = Scout.com | url = http://phillies.scout.com/2/706704.html | accessdate = 2008-06-10]

The Phillies are one of six teams in Major League Baseball that do not display the name of their city, state or region on their road jerseys, joining the , , , , and the .

They are also the only team in Major League Baseball to wear the number on the sleeve and the back.

From 1970 to 1991, the Phillies sported colors, uniforms, and a logo that were noticeably different from what had come before, or since, but that were widely embraced by even traditionally minded fans. A dark burgundy was adopted as the main team color, with a classic pinstripe style for home uniforms. Blue was almost entirely dropped as part of the team's official color scheme, except in one area; a pale blue (as opposed to traditional grey) was used as the base-color for away game uniforms. Yet the most important aspect of the 1970 uniform change was the adoption of one of the more distinctive logos in sports; a Phillies "P" that, thanks to its unique shape and "baseball stitched" center swirl, remains instantly recognizable and admired, long after its regular use has ended. It was while wearing this uniform style and color motif that the club achieved its most enduring success, including a World Series title in 1980 and another World Series appearance in 1983. Its continued popularity with fans is evident, as even today Phillies home games can contain many fans sporting caps, shirts, and/or jackets emblazoned with the iconic "P" and burgundy color scheme.

For one game in 1979, the Phillies front office modified the uniform into an all-burgundy version with white trimmings, to be worn for Saturday games. [cite web | last = Okkonen | first = Mark | title = Dressed to the Nines: Uniform Database (1979) | publisher = National Baseball Hall of Fame | url = http://exhibits.baseballhalloffame.org/dressed_to_the_nines/detail_page.asp?FileName=nl_1979_philadelphia.gif&Entryid=1389 | accessdate = 2008-06-07] They were called "Saturday Night Specials." The immediate reaction of the media, fans, and players alike was negative, with many describing the despised uniforms as pajama-like. As such, the idea was hastily abandoned. [cite web | title = Baseball almanac entry on baseball uniforms
publisher = baseball-almanac.com | url = http://www.baseball-almanac.com/articles/uniforms.shtml | accessdate = 2008-06-06] Mike Schmidt did wear the uniform during the MLB All-Star Tour of Japan following the 1979 season.

Another uniform controversy arose in 1994 when the Phillies introduced blue caps on Opening Day which were to be worn for home day games only. [cite web | last = Okkonen | first = Mark | title = Dressed to the Nines: Uniform Database (1994) | publisher = National Baseball Hall of Fame | url = http://exhibits.baseballhalloffame.org/dressed_to_the_nines/detail_page.asp?fileName=nl_1994_philadelphia.gif&Entryid=1783 | accessdate = 2008-06-07] The caps were unpopular with the players, who considered them bad luck after two losses. The caps were dumped after being used on the field for a month.

Of the fifteen players who have hit four home runs in one game, three were Phillies at the time (more than any other team). Ed Delahanty was the first, hitting his four in 's on July 13, 1896. Chuck Klein repeated the feat nearly 40 years later to the day, on July 10, 1936 in 's . 40 years later, on April 17, Mike Schmidt became the third and last, also hitting his in Chicago, these coming at .

From 1978 to 2003, the Phillies inducted one former Phillie and one former member of the per year. Since 2004 they have inducted one Phillie annually. Players must be retired and must have played at least four years with the Phillies or Athletics. The last five years' inductees to the Wall of Fame are listed below:
Robin Roberts, , , , and broadcaster have also been elected to the Philadelphia Sports Hall of Fame.

While not all of these players were enshrined with a Phillies cap, each of them was a part of the Phillies franchise at one point in his career. [cite web | title = History: Phillies Hall of Famers | publisher = Phillies.com | url = http://philadelphia.phillies.mlb.com/phi/history/hall_of_famers.jsp | accessdate = 2008-06-23] Names in bold were inducted with a Phillies cap. [citeweb|url=http://web.baseballhalloffame.org/hofers/|publisher=web.baseballhalloffame.org|title=Phillies Hall of Famers| accessdate = 2008-06-23]

Phillies radio broadcasts are perhaps best known for their broadcasters' use of the phrase, "Put this one in the win column for the fighting Phils," which is said consistently when the Phillies close out the third out in the ninth inning during a winning game. The phrase was started by former Phillies' broadcaster and has grown to be among the most recognizable sports broadcast comments in all of professional sports. [cite web|url=http://www.larrykane.com/2006/12/09/the-phillies-say-goodbye-to-scott-graham-what-a-missed-call/|title=The Phillies Say Goodbye To Scott Graham - What a Missed Call!|last=Kane|first=Larry|date=2006-12-09|accessdate=2008-07-20]

*note label|1981|c|aIn mlby|1981, a mid-season players' strike split the season. Philadelphia, with the best record in the East Division when play was halted, was declared the first-half division winner. The Phillies' record over the entire season was third-best in the division, 2½ games behind St. Louis and Montréal.

*note label|GCAlex|e|aGrover Cleveland Alexander played in the era before Major League players wore numbers; the Phillies have honored him with the "P" logo from the 1915 season, their first World Series appearance.
*note label|CKlein|f|bChuck Klein wore many numbers while with the Phillies, including 1, 3, 8, 26, 29, and 36. The Phillies wore the Old English "P" during his first six seasons; thus, they chose to use it to honor Klein.

*note label|Finish|a|aThe Finish column lists regular season results and excludes postseason play.
*note label|WinLoss|b|bThe Wins and Losses columns list regular season results and exclude any postseason play.
*note label|GamesBack|c|cThe GB column lists "Games Back" from the team that finished in first place that season. It is determined by finding the difference in wins plus the difference in losses divided by two.

#: running total of the number of Phillies' managers. Thus, any manager who has two or more separate terms is only counted once.
*note label|Bowa|b|b