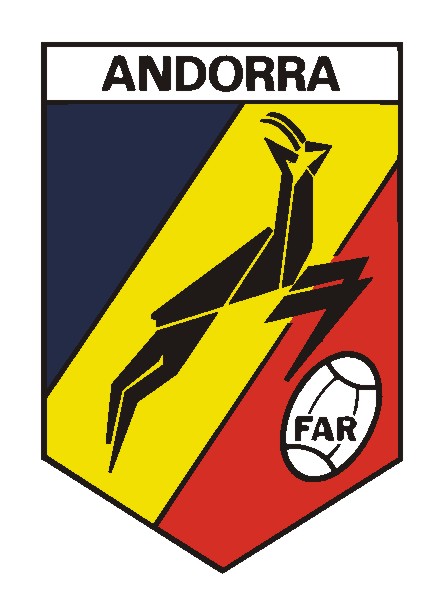 
The Andorra national team, nicknamed "Els Isards" (which is a Pyrenean ) represent in international rugby union competitions. They are currently ranked 62nd out of 95 Rugby playing nations by the (IRB). They play most of their home games in , the country's capital, though have had some matches in , which is in .

They compete in the European Nations Cup, and are currently in the second division. As well as playing numerous friendlies they have also taken part in the qualification stages of the Rugby World Cup, competing in every tournament since 1995.

Andorra played their first rugby international in 1987 against Luxembourg. Andorra won the match 24-3.

Andorra first tried to qualify for the Rugby World Cup in 1995. They competed in the preliminary round in the west group of the European qualification. They defeated Denmark, but lost to Switzerland, and were knocked out.

Andorra also attempted to qualify for the 1999 Rugby World Cup. Andorra started off in Pool 3 of Round 1, and won all four of their fixtures, finishing at the top of the final standings to advance through to Round 2. However they were then knocked out of qualifying after Round 2 coming last in a five team group.

They competed in Pool B of Round 1 in attempting to qualify for the 2003 World Cup, but did not advance to the next stage coming third in a six team group.

The 2007 tournament saw many more fixtures and gained the small nation some greater publicity by playing in the first match of the tournament, beating Norway 76-3. They won a 2 leg match, came third in the ensuing five team group thus qualifying for a further 2 leg playoff, victory in which led to a further five team group in which they were last. Competing with the more populous Moldova, Netherlands, Spain and Poland, having beaten Norway, Hungary, Slovenia and Sweden certainly brought Andorra to the attention of more rugby followers, all in spite of a small population of just 70,000.

The popularity of football in Andorra has been on the decline due to a poor record at home and away. This has left room for Andorran rugby to rise out of the shadows. Mainly affected by the fanatical popularity of rugby in southern , Els Isards continue to impress on the international stage. This has led to the rapid increase in the number of registered players in Andorra. Many are now suggesting that rugby in Andorra has grown to such an extent that it has now become the tiny nation's .

As well as a men's 15 aside team, the men have competed in the European Sevens competition since 2005. In 2005 they won promotion to the next division and in both 2006 and 2007 made the finals of the competition.

Youth rugby in Andorra is less developed and has to date only consisted of training camps.

Andorra have played friendlies, FIRA competitions and World Cup Qualifiers. The full results list including details of unplayed games can be found below. The various game types can be summarised as follows - note that unfulfilled and defaulted games are NOT included in the analysis although they do count towards the game count in the full list. Also if a game has been both a World Cup and FIRA game then it is only recorded here in the World Cup figures.

Andorra will competed in stage five at Ostrava (Czech Republic) on 14th June and 15th June as 13th seeds. They were in group 2 with Belgium, Germany, Serbia and Slovakia. Group 1 contained Switzerland, Croatia, Czech Republic and IRB circuit experienced Spain and Portugal.

This appeared to be a good opportunity to reach the last four. Failing that then a 5th place final with Croatia seemed likely.

Second place in the group was very achievable with a showdown with Spain likely in the last four.

Andorra did not qualify - they came 17th in the rankings with only 12 teams making it. If Scotland, England and France (all pre-qualified for Dubai) are included, that gives Andorra 20th place in Europe

"The Slovakia record includes one "w/o". It is counted as a win with no effect on points scored."

The following 20 man squad was announced on 29th May 2008 for the WCQ tournaments.

Came 8th and should maintain status

THIS MEANT QUALIFICATION FOR THE FINALS

There are only limited records for Andorran youth rugby.

Not counting youth training camps (which are mentioned in that section) and hosting tournaments, Andorra also endeavours to be involved in non-playing activities.