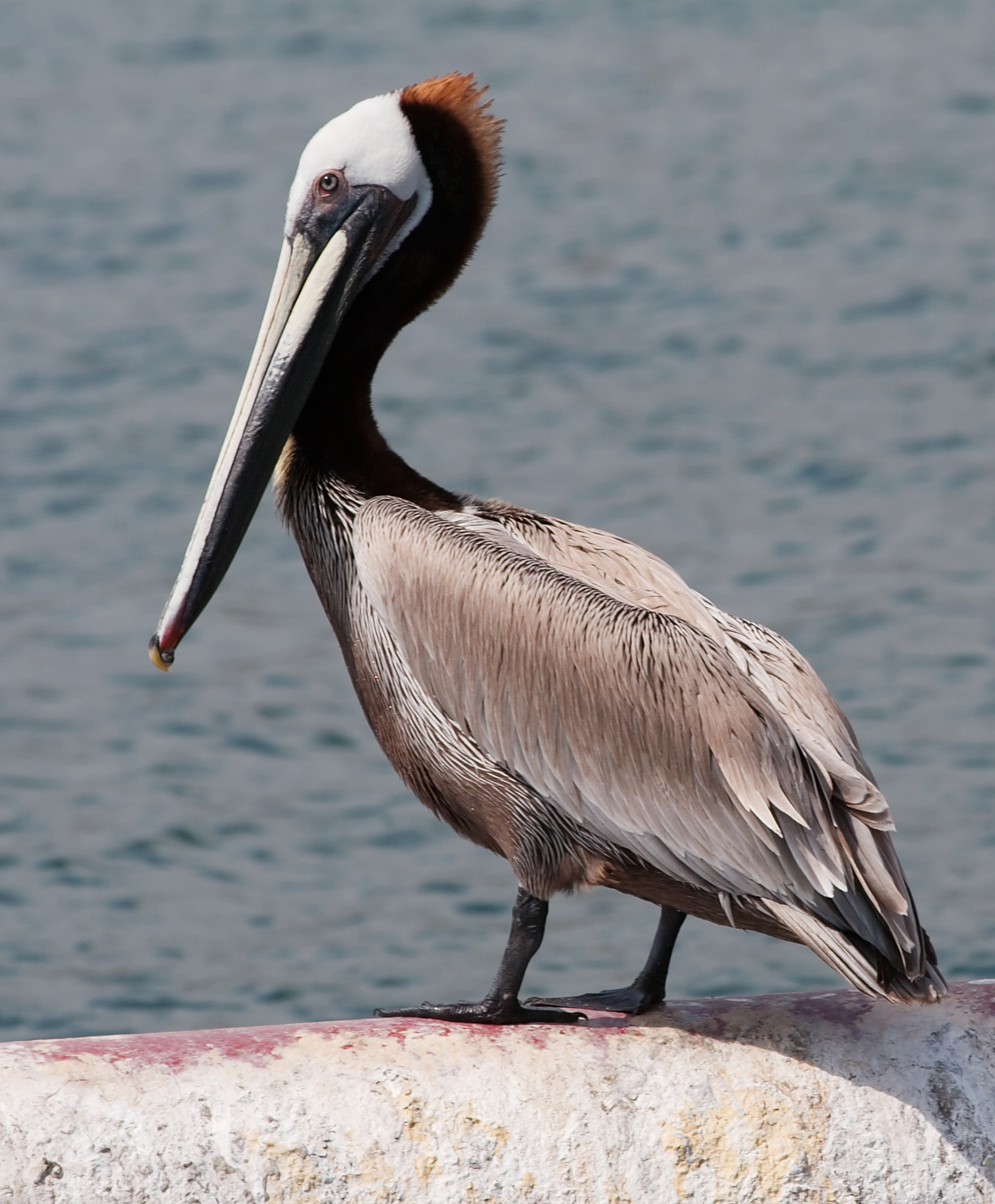 It lives strictly on coasts from and south to northern and the mouth of the , as well as the island of in . Some immature birds may stray to inland freshwater lakes. After nesting, n birds move in flocks further north along the coasts, returning to warmer waters for winter. Their young are hatched in broods of about 3, and eat around 150 lbs. of fish in the 8-10 month period they are cared for.

This is distinguished from the by its brown body and its habit of diving for from the air, as opposed to co-operative fishing from the surface. It eats mainly -like fish. Groups of Brown Pelicans often travel in single file, flying low over the water's surface.

The nest location varies from a simple scrape on the ground on an island to a bulky stick nest in a low tree. These birds nest in colonies, usually on islands.

Pesticides like and threatened its future in the southeast and in the early 1970s. Pesticides also threatened the pelican population in Florida in this period. A research group from the headed by Dr. Ralph Schreiber conducted research in the Tampa Bay/St Petersburg area and found that DDT caused the pelican eggshells to be overly-thin and incapable of supporting the embryo to maturity. As a result of this research, DDT usage was eliminated in Florida and the rest of the country. Along with the American White Pelican, the Brown Pelican is protected by the Migratory Bird Treaty Act of 1918. Normal pelicans can live more than 30 years.There are four subspecies:
*"P. o. californicus" (California Brown Pelican)
*"P. o. carolinensis" (Eastern Brown Pelican)
*"P. o. occidentalis" (Caribbean Brown Pelican)
*"P. o. urinator" (Galápagos Brown Pelican)

The , "Pelecanus thagus", used to be considered a subspecies of the Brown Pelican ("P. o. thagus"). However, due to its well-defined allopatry and because it is much larger and heavier than its relatives, it was reclassified as a separate species.

The Brown Pelican is the state bird of .It is also one of the mascots of and is on its seal because of the connection.