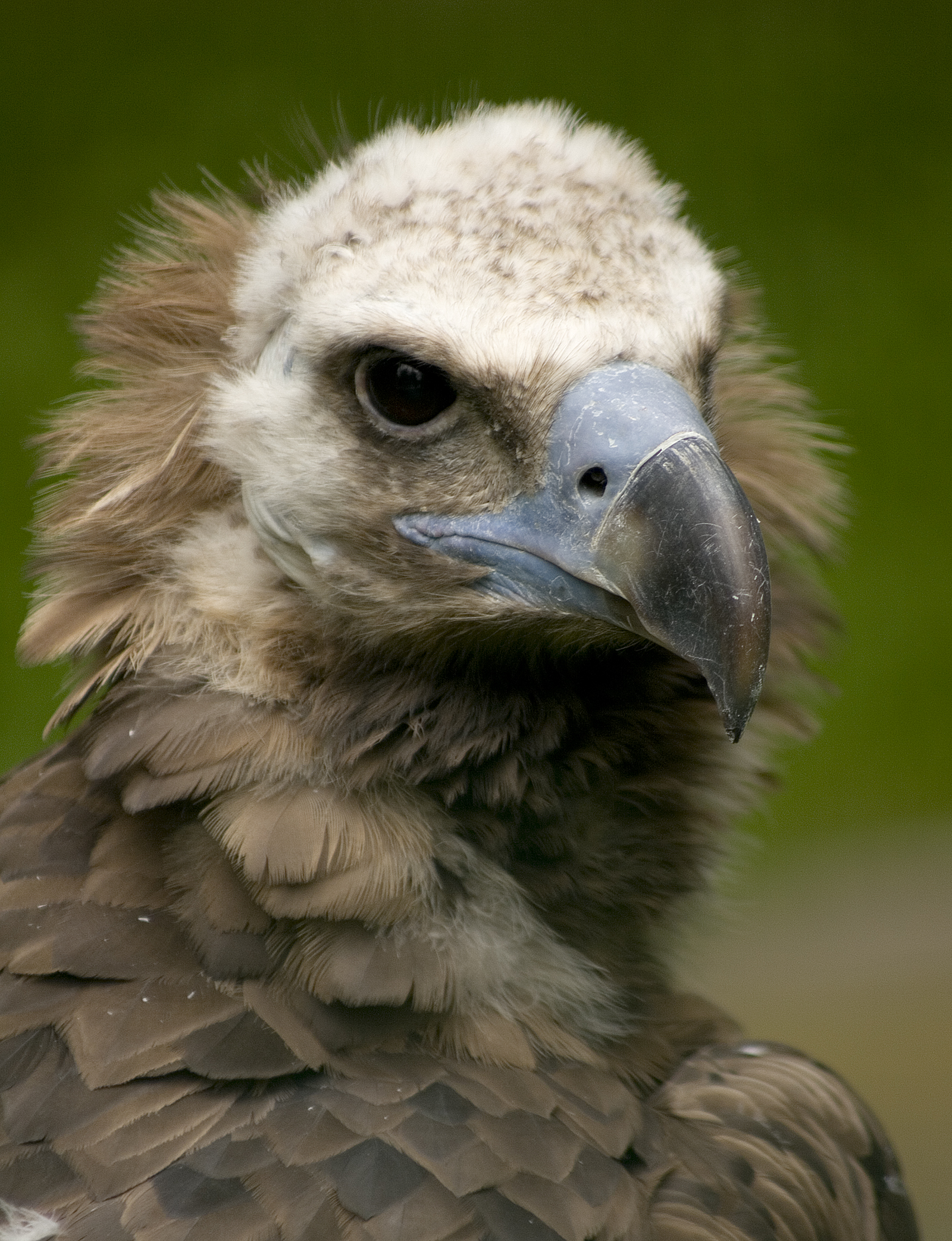 The Eurasian Black Vulture ("Aegypius monachus") is also known as the Black Vulture, Monk Vulture, or the Cinereous Vulture. It is a member of the family , which also includes many other diurnal raptors such as kites, s and harriers.

This bird is an , and is not related to the s, which are in a separate family, Cathartidae. It is therefore unrelated to the despite the similar name and coloration.

It breeds across southern and from to , but is endangered throughout its European range. It is resident except in those parts of its range where hard winters cause limited movement.

It is on average larger than mostly sympatric . Among the vultures in its range, the Eurasian Black Vulture is best equipped to tear open tough carcass skins, using its powerful bill. It is dominant over other vultures at carcasses.

The Black Vulture has declined over most of its range in the last 200 years due to poisoning by eating poisoned bait put out to kill wolves and other predators, and to higher hygiene standards reducing the amount of available carrion; it is currently listed as near threatened. The decline has been the greatest in the western half of the range, with extinction in many European countries (Portugal, France, Italy, Austria, Poland, Slovakia, Romania) and northwest Africa (Morocco, Algeria). More recently, protection and deliberate feeding schemes have allowed some local recoveries in numbers, particularly in Spain, where numbers increased to about 1,000 pairs by 1992 after an earlier decline to 200 pairs in 1970. Elsewhere in Europe, very small, but now increasing numbers breed in Bulgaria and Greece, and a re-introduction scheme is under way in France. Trends in the small populations in Ukraine (Crimea) and European Russia, and in Asian populations, are not well recorded. In the former USSR, it is still threatened by illegal capture for zoos, and in Tibet by rodenticides.

The genus name "Aegypius" is a Greek word (αιγυπιος) for 'vulture', or a bird not unlike one; describes the "aegypius" as "halfway between a vulture ("gyps") and an eagle". Some authorities think this a good description of a ; others do not. Aegypius is the of the species, whatever it was. [Francis Celoria, ed. and trans. "The Metamorphoses" of Antonius Liberalis. Routledge, London and New York (1992); ISBN 0415068967. Note 60, on p. 116] The English name 'Black Vulture' refers to the plumage colour, while 'Monk Vulture', a direct translation of its German name Mönchsgeier, refers to the bald head and ruff of neck feathers like a monk's . 'Cinereous Vulture' (Latin "cineraceus", ash-coloured; pale, whitish grey), was a deliberate (though very inappropriate) attempt to rename it with a new name distinct from the American Black Vulture. [Sibley, C. G., & Monroe, B. L. (1991). "Distribution and Taxonomy of Birds of the World". Yale University Press.]

* Database entry includes justification for why this species is near threatened.