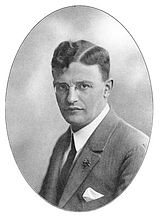 Herman Dooyeweerd (7 October 1894, Amsterdam - 12 February 1977) was a Dutch juridical scholar by training, who by vocation was a philosopher and the founder of the philosophy of the cosmonomic idea. He received early support for his work from his brother-in-law D. H. Th. Vollenhoven. In recent years, it has been recognized that Dr Irg Hendrik van Riessen was the third leg of the stool in leading this scholarly movement in the Netherlands. Also of some significance were Pierre-Charles Marcel of France, Von Alamassy of Hungary, and later Hendrik G. Stoker in South Africa and Cornelius Van Til in the United States.

Overview of the cosmonomic idea

Dooyeweerd attempted to provide a philosophy which accounted for not only the differences in non-human reality, but also, between one thinker and another. Following Abraham Kuyper, and other, earlier Neo-Calvinists, Dooyeweerd attempted to describe reality as a creation of God, which has its meaning from God. This God-given meaning is displayed in all of the aspects of temporal reality - which has implications for science.

For example, even though a lawyer and a biologist might study the same things (say, fingerprints), they are interested in different aspects. They are looking at the meaning of a thing with different focus, though equally concerned with what is real. Perceptions of reality through this kind of scientific attitude, selecting one aspect as distinct from others for study, will necessarily be governed by fundamental assumptions about how these various kinds of meaning are related to one another in a coherent whole, belonging within the total range of all experiences. Dooyeweerd argued that this showed the need for a consistent and radically Christian philosophy which he sought to provide. Furthermore, he attempted to show that even the imaginations of men are part of that same created reality, and even where misguided they cannot escape being subject to the rule of God exposed by the Christian revelation.

Dooyeweerd self-consciously allowed his Christian perspective to guide his understanding, but in a philosophical rather than a theological mode of thought. He believed that this permitted the philosopher to gain insight into the principle by which diversity of meaning is held together as a unity, as he directs his thought toward the origin of things, which is God, and God's purpose for making things, which is found in Christ. This basic religious orientation should affect the way that the Christian understands things. In contrast to a dualistic type of religious ground motive, Dooyeweerd suggested that the Christian's basic orientation to the world ought to be derived not from human speculation, but from God's revealed purposes: Creation, the Fall into sin, and Redemption in Christ. This Christian religious ground motive is a fundamentally different posture toward things, compared to say, the "Form/Matter" scheme of the Greeks, the "Nature/Grace" synthesis of Medieval Christianity, or the "Nature/Freedom" approach of the Enlightenment, all of which are orientations divided against themselves by their reliance upon two contradictory principles. While the Christian religious view of things as Created, Fallen and being Redeemed has often been blended with speculative and dualistic schemes, it has never really become fully identified with them, so that there is historical continuity in Christian thought despite the fact that it has undergone numerous significant shifts, in Dooyeweerd's view. But the fact that they are capable of being blended convincingly exposes the transcendental rules to which both false and true theories are subject.

A religious ground motive is a spiritual driving force that impels each thinker to interpret reality under its influence. Dooyeweerd wrote that, in the case of thinkers who presume that human thought is autonomous, who operate by the dictum that it does not matter whether God exists or not, such a thinker's basic commitment to autonomous thought forces him to pick out some aspect of the creation as the origin of all meaning. In doing so, the supposedly autonomous thinker is made captive to a kind of idol of his own making, which bends his understanding to conform to its dictates, according to Dooyeweerd.

Although he self-consciously exposes the religious nature of his philosophy, Dooyeweerd suggests that in fact, all thought is inescapably religious in character. This religious stamp is disguised when the supposed origin of meaning, toward which various thinkers direct their thought, is not called God, but is rather said to be some aspect of creation. This, he suggests, explains why humanistic science will produce bitterly conflicting ideologies. It helps to locate the "antithesis", the source of irreducible differences, between various perspectives. The "antithesis" must be accounted for as a foundational issue, in any complete philosophy, and this antithesis is religious in nature, according to Dooyeweerd.

Borrowing language and concepts from a wide variety of philosophical schools, especially Edmund Husserl, the Marburg school of neo-Kantianism, Ernst Cassirer's Philosophy of Symbolic Forms[1]--and, as some contend, Franz Xaver von Baader,[2] Dooyeweerd builds on this foundation of a supposed "antithesis" to make distinctions between one kind of thinking and another, theorizing that diverse kinds of thinking disclose diverse kinds of meaning, and that this meaning corresponds in some way to the actual state of affairs.

Dooyeweerd developed an anti-reductionist ontology of "modal aspects", concerning diverse kinds of meaning which are disclosed in the analysis of every existent thing. He considered such modes to be irreducible to each other and yet indissolubly linked. Dooyeweerd at first suggested that there were 14 modes but later postulated 15 (Dooyeweerd 1997 Vol.2 p. 98). The indissoluble coherence of these modal aspects is evinced through their analogical relationship to one another, and finally in their concentration in the central religious selfhood which has a direct relationship to its origin: God.

The majority of Dooyeweerd's published articles and multi-volume works originally appeared only in Dutch. During his lifetime efforts were already underway to make his work available to English-speakers. Translation of Dooyeweerd's writing has continued since 1994 under the oversight of the Dooyeweerd Centre (see link below). To date, thirteen books have been published in English, including his magnum opus, De Wijsbegeerte der Wetsidee(1935-6), which was revised and expanded in English as, A New Critique of Theoretical Thought (1953-8). Political Philosophy (2004) with introduction by David Koyzis provides an introduction to Dooyeweerd's thought.

Dooyeweerd's influence has continued through the Association for Reformational Philosophy and its journal Philosophia Reformata which he and Vollenhoven founded. There are also a number of institutions around the world that draw their inspiration from Dooyeweerd's philosophy.

In a commemoration editorial appearing in the newspaper Trouw on 6 October 1964 upon the occasion of Dooyeweerd's 70th birthday, G.E. Langemeijer, Chairman of the Royal Dutch Academy of Sciences, professor at the University of Leiden, and appellate Attorney General lauded Dooyeweerd as "...the most original philosopher Holland has ever produced, even Spinoza not excepted."