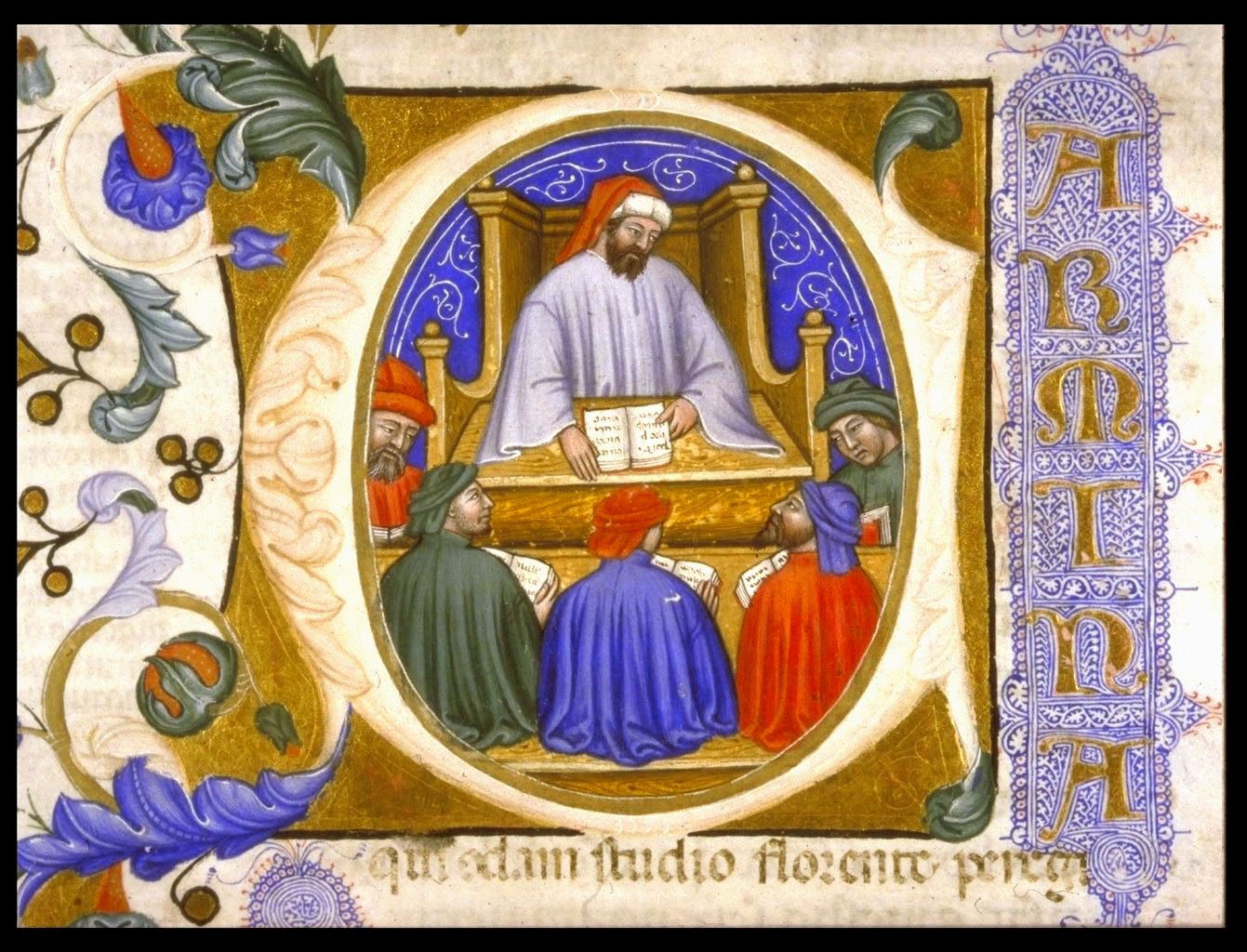 Anicius Manlius Severinus Boethius ["Boethius" has four syllables, the "o" and "e" are pronounced separately. It is hence traditionally written with a diæresis, viz. "Boëthius", which has been disappearing due to the limitations of typewriters and word processors.Fact|date=August 2008] (480&ndash;524 or 525) was a Christian philosopher of the 6th century. He was born in to an ancient and important family which included emperors and and many consuls. His father, Flavius Manlius Boethius, was consul in 487 after deposed the last . Boethius himself was consul in 510 in the kingdom of the . In 522 he saw his two sons become consuls. Boethius was executed by King , who suspected him of conspiring with the .

The exact birthdate of Boethius is unknown. It is generally located at around AD 480, the same year of birth as . Boethius was born to a family which had been Christian for about a century. His father's line included two popes, and both parents counted Roman emperors among their ancestors.

It is unknown where Boethius received his formidable education in Greek. Historical documents are ambiguous on the subject, but Boethius may have studied in Athens, and perhaps Alexandria. Since the elder Boethius is recorded as proctor of a school in Alexandria circa AD 470, the younger Boethius may have received some grounding in the classics from his father or a close relative.

As a result of his education and experience, Boethius entered the service of , who commissioned the young Boethius to perform many roles.

By 520, at the age of about forty, Boethius had risen to the position of "", the head of all the government and court services. Afterwards, his two sons were both appointed consuls, reflecting their father's prestige.

In 523, however, Theodoric ordered Boethius arrested on charges of treason, possibly for a suspected plot with the Byzantine Emperor , whose religious orthodoxy (in contrast to Theodoric's Arian opinions) increased their political rivalry. Boethius himself attributes his arrest to the slander of his rivals. Whatever the cause, Boethius found himself stripped of his title and wealth and imprisoned in , awaiting an execution that took place in 524 the following year. The method of his execution varies by source - he was perhaps killed with an axe, a sword or clubbed to death. [ [http://www.kirjasto.sci.fi/boethius.htm Boethius ] ] His bodily remains were placed in the church of in Pavia. In the book "Paradise" of "", had the spirit of Boethius be pointed out by :

:"The soul who pointed out the world's dark ways,":"To all who listen, its deceits unfolding.":"Beneath in Cieldauro lies the frame":"Whence it was driven; from woe and exile to":"This fair abode of peace and bliss it came." [ [http://etext.virginia.edu/latin/boethius/boephil3.html Boethius. Consolation of Philosophy. Translation ] ]

Boethius's most popular work is the "", which he wrote in prison while awaiting his execution, but his lifelong project was a deliberate attempt to preserve ancient classical knowledge, particularly philosophy. He intended to translate all the works of and from the original Greek into . His completed translations of Aristotle's works on were the only significant portions of Aristotle available in Europe until the 12th century. However, some of his translations (such as his treatment of the topoi in "The Topics") were mixed with his own commentary, which reflected both Aristotelian and Platonic concepts.

Boethius also wrote a commentary on the "" by Porphyry, which highlighted the existence of the : whether these concepts are subsistent entities which would exist whether anyone thought of them, or whether they only exist as ideas. This topic concerning the nature of universal ideas was one of the most vocal controversies in .

Besides these advanced philosophical works, Boethius is also reported to have translated important Greek texts for the topics of the . [Cassiodorus Senator, "Variae", I.45.4. trans. S. J. B. Barnish, Liverpool: Liverpool University Press, 1992.] His loose translation of 's treatise on arithmetic ("De institutione arithmetica libri duo") and his textbook on music ("De institutione musica libri quinque", unfinished) contributed to medieval education. His translations of on geometry and on astronomy, if they were completed, no longer survive.

Boethius also wrote theological treatises, which generally involve support for the orthodox position against Arian ideas and other contemporary religious debates. His authorship was periodically disputed because of the secular nature of his other work, until the 19th century discovery of a biography by his contemporary which mentioned his writing on the subject. [James Shiel, Encyclopedia Britannica (2005), CD-ROM edition, Boethius]

Boethius has been called by the and the first of the scholastic philosophers. Despite the use of his mathematical texts in the early universities, it is his final work, the "", that assured his legacy in the and beyond. This work is cast as a dialogue between Boethius himself, at first bitter and despairing over his imprisonment, and the spirit of philosophy, depicted as a woman of wisdom and compassion. Alternately composed in prose and verse, the "Consolation" teaches acceptance of hardship in a spirit of philosophical detachment from misfortune. Parts of the work are reminiscent of the of Plato's dialogues, as the spirit of philosophy questions Boethius and challenges his emotional reactions to adversity. The work was translated into Old English by , and into later English by Chaucer and Queen Elizabeth; many manuscripts survive and it was extensively edited, translated and printed throughout from the 14th century onwards. [Richard A. Dwyer, "Boethian Fictions, Narratives in the Medieval French Versions of the Consolatio Philosophiae", Medieval Academy of America, 1976.] Many commentaries on it were compiled and it has been one of the most influential books in . No complete bibliography has ever been assembled but it would run into thousands of items.

"The Boethian Wheel" (or "") was a concept, stretching back at least to , [Boethius, "Consolation of Philosophy", trans. Victor Watts (rev. ed.), Penguin, 1999, p.24 n.1.] that Boethius uses frequently in the "Consolation"; it remained very popular throughout the Middle Ages, and is still often seen today. As the wheel turns those that have power and wealth will turn to dust; men may rise from poverty and hunger to greatness, while those who are great may fall with the turn of the wheel. It was represented in the Middle Ages in many relics of art depicting the rise and fall of man.

He is recognized as a by the . His is . [ [http://www.catholic.org/saints/saint.php?saint_id=2527 St. Severinus Boethius - Catholic Online ] ] Pope Benedict XVI has insisted on his relevance to modern day Christians. [ [http://www.vatican.va/holy_father/benedict_xvi/audiences/2008/documents/hf_ben-xvi_aud_20080312_en.html General Audience of Pope Benedict XVI, 12 March 2008] ]