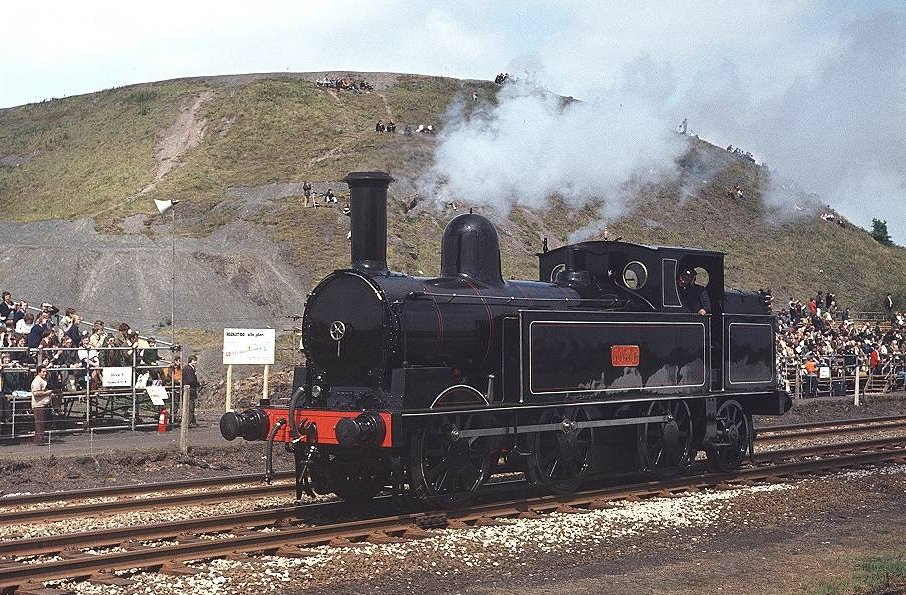 cylindercount = 2
cylindersize = 17"x24"
firearea =
boilerpressure = 150 psi
tractiveeffort = 16,530 lb
railroadclass=2F| The (LNWR) Webb Coal Tank is a class of T steam locomotive. They were called "Coal Tanks" because they were a side tank engine version of Webb's standard 17in Coal Engine, an tender engine for slow freight trains.

The design was introduced in by had the same cheaply produced cast iron wheels and the H-section spokes. A trailing radial truck supporting the was added also with two similarly cast iron wheels. Three hundred were built between 1881 and 1899.