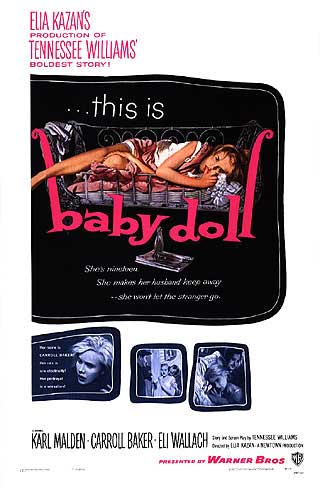 The screenplay was written by and was based on his one act play "". It was directed by .

While the costume design was not nominated, the film is credited with both the name and originating the popularity of the , which derives from the costume worn by Baker's character.

The succeeded in having the film withdrawn from release in most U.S. theaters because of their objections over its sexual themes. The movie was banned in many countries like , due to its allegedly exaggerated sexual content. The film was also condemned by "Time", which called it the "dirtiest American-made motion picture that had ever been legally exhibited". [ [http://www.time.com/time/magazine/article/0,9171,808872,00.html "New Picture"] , "Time", , . Accessed .] Ironically, "Time" is now a sister company to Warner Bros., under the Time Warner umbrella.