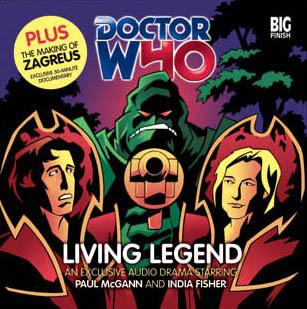 "Living Legend" is a based on the long-running British "". It was given away free with "" issue 337. The same CD contained a thirty minute documentary on the making of "Zagreus".

Set after the events of "", The Doctor and Charley have landed in on . While the Italians are celebrating their Football World Cup championship over West Germany, the Doctor and Charley are tracing "an odd signal". This leads them to discover a pair of Threllips, who are planning to open a transdimensional portal for their full invasion force.