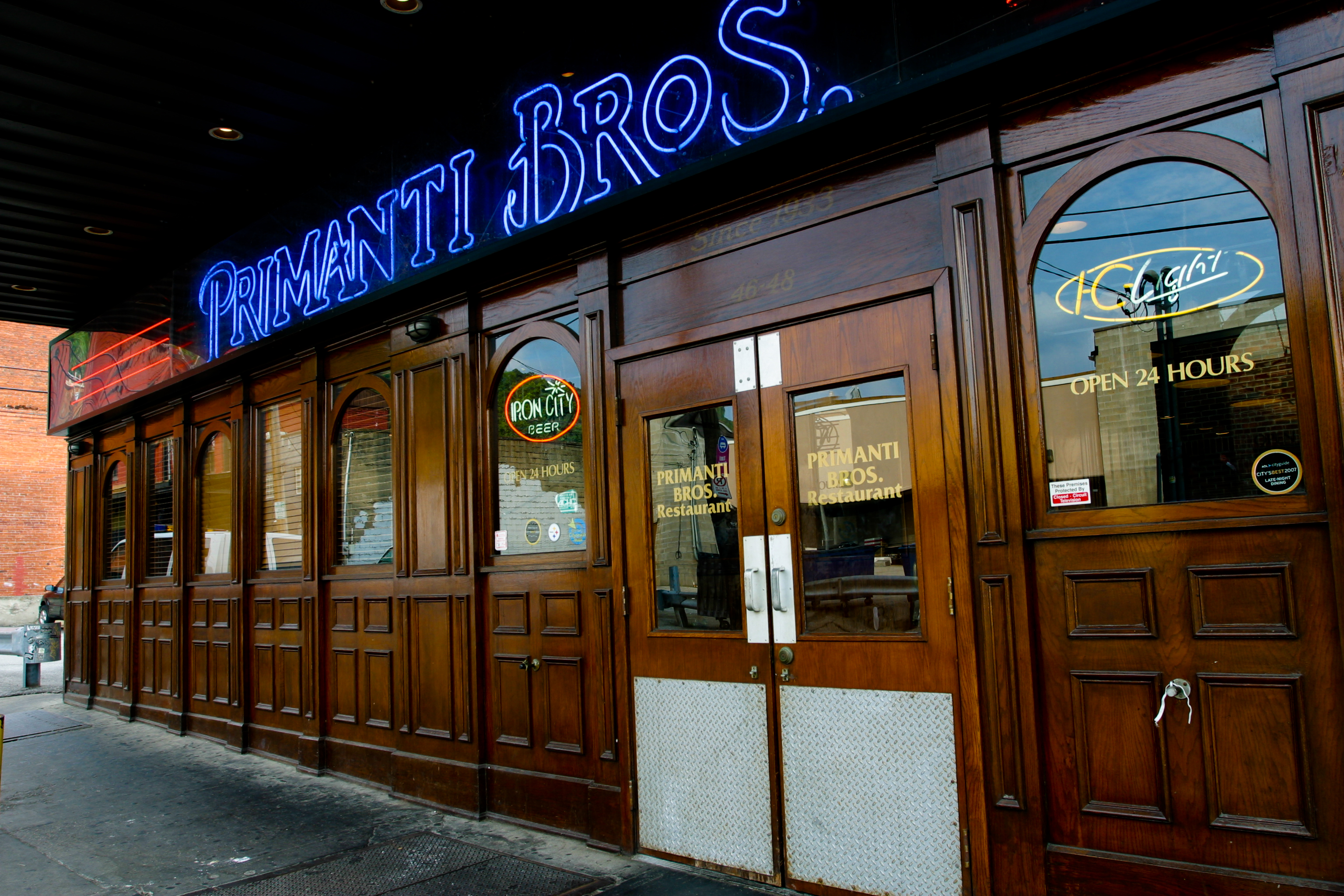 caption = The original Primanti Bros. in the Strip District
locator_

The Strip District is a in Pittsburgh, in the . It is a one-half square mile area of land northeast of the central business district bordered to the north by the and to the south by portions of the .

In the early 19th century, the Strip District was home to many mills and factories as its location along the made for easy transportation of goods and shipping of raw materials. It was the home of the Fort Pitt Foundry, source of large cannon before and during the , including a 20 inch bore . [cite web |title=The Strip District: Rodman's Great Guns |url=http://www.clpgh.org/exhibit/neighborhoods/strip/strip_n41.html |accessdate=7-05-2008] Early tenants of the Strip District included , Westinghouse, The Pittsburgh Reduction Company (ALCOA), and later The H.J. Heinz Company, famous and condiment manufacturer.

The shipping infrastructure built around the manufacturing companies naturally lead to an increase in other types of merchants setting up shop in the Strip. By the early 20th century the Strip District became a vibrant network of wholesalers—mostly fresh produce, meat, and poultry dealers. Soon auction houses rose around the wholesale warehouses and many s and s were built to feed hungry shift workers at any hour of the day. By the 1920s The Strip District was the economic center of Pittsburgh.

In the mid-to-late 20th century fewer of the Strip's products were being shipped by rail and boat, causing many produce sellers and wholesalers to leave the area for other space with easier access to highways or where there was more land available for expansion. Today in the Strip District there are still several wholesalers and produce dealers, but some estimates say more than 80% of the produce industry left the area—as have the manufacturing plants and mills. Today many of the abandoned warehouses have been renovated into small specialty shops, restaurants, s, and bars. The historic church of St. Stanislaus Kostka a beautiful landmark in the ornate , lies in the heart of the Strip District, bringing a touch of .

The area has developed into a historic market district with many ethnic food purveyers, some art studios, antique dealers, unique boutiques and other such businesses setting up shop where trains once delivered produce by the ton. The Strip District comes alive primarily on weekends during the summer months when street vendors are selling their wares, the open-air farmer's markets are in full swing, and party-goers sit outside and enjoy a drink. The located in the Strip, occupies a former liquor distributor's warehouse. It features comtemporary American drama and also hosts the Pittsburgh New Works Festival.

The area has seen interest by residential developers recently, as old factory and warehouse buildings are being transformed into apartments and s. Examples include the Armstrong Cork Factory, Brake House Lofts and now the Otto Milk Building. A mixed-use tower is planned for the Ayoob fruit warehouse site.