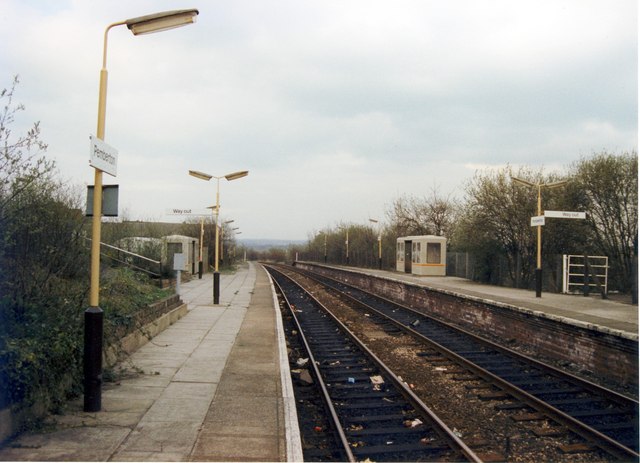 Pemberton railway station serves the Pemberton area of in , . It is on the Wigan to Kirkby branch line.

The station is situated on the A571 Billinge Road. The platforms are at the bottom of 2 ramps (one on each side) which until recently was cobbled on the Kirkby bound platform. Once on the platform the line underneath the bridge is obscured by overgrown trees.

The majority of passengers at Pemberton use services to town centre and . The services to Manchester are significantly busier than those to Kirkby.Fact|date=February 2007

Pemberton is served by a major bus routes 631 and 632 operated by (every 10 minutes combined from Wigan town centre), the station is only served by one train an hour by from approximately 0630 until 19:00 Monday to Saturday.

There is an hourly service Monday to Saturday daytimes westbound to Kirkby, for connections with Liverpool Central and eastbound to and beyond (Rochdale).