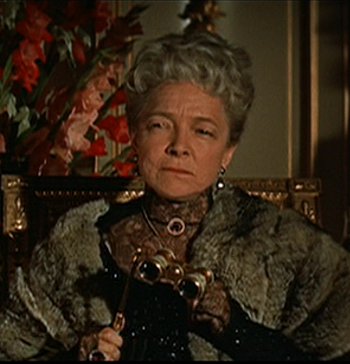 Helen Hayes (, – , ) was a two-time Academy Award-winning American , whose career spanned almost 70 years. She eventually garnered the nickname "First Lady of the American Theater", and was one of the nine people who have won an Emmy, a Grammy, an Oscar and a Tony Award.

Hayes was born Helen Hayes Brown in in 1900. Her mother, Catherine Estelle (née Hayes), or Essie, was an aspiring actress who worked in touring companies. [ [http://www.helenhayes.com/about/bio.htm "The Official Website of Helen Hayes :: Biography"] . Helen Hayes.com.] Her father, Francis van Arnum Brown, worked at a number of jobs, including as a clerk at the Washington Patent Office and as a manager and salesman for a wholesale . [ [http://www.time.com/time/magazine/article/0,9171,848403-3,00.html "Helen Millennial"] . "Time Magazine". 30 December 1935.]

Hayes began a stage career at an early age. By the age of ten, she had made a short film called "Jean and the Calico Doll", but only moved to when her husband, playwright , signed a Hollywood deal.

Her sound film debut was "", for which she won the . She followed that with starring roles in "Arrowsmith" (with ), "" (with actor whom Hayes admitted to finding extremely attractive), "The White Sister", "" (a reprise from her Broadway hit), and "". However, she never became a fan favorite and Hayes did not prefer the medium to the stage.

Hayes eventually returned to Broadway in 1935, where for three years she played the title role in the production of "Victoria Regina", with as Prince Albert, first at the and later at the .

In 1953, she was the first-ever recipient of the for her work in , repeating as the winner in 1969. She returned to Hollywood in the 1950s, and her film star began to rise. She starred in "" (1952) and "Anastasia" (1956), and won the for her role as an elderly in the "Airport" (1970). She followed that up with several roles in Disney films such as "", "" and "". Her performance in "Anastasia" was considered a comeback—she had suspended her career for several years due to the death of her daughter Mary, and her husband's failing health.

In 1955 the Fulton Theatre was renamed for her. However, business interests in the 1980s wished to raze that theatre and four others to construct a large hotel that included the . To accomplish razing this theatre and three others, as well as the Astor Hotel, the business interests received Hayes' consent to raze the theatre named for her, even though she had no ownership interest in the buildings. As a result in 1983, the Little Theater on West 45th Street was re-named The in her honor; as was a theatre in Nyack, which has since been re-named the Riverspace-Arts Center.

The for theater in the Washington D.C. area is named in her honor. She has a star on the at 6220 Hollywood Blvd.

Hayes was a [Hayes, Helen. "My Life in Three Acts". Harcourt Brace Jovanovich: San Diego, CA, 1990.] and a pro-business Republican who attended many (including the one held in New Orleans in 1988), but she was not as politically vocal as some others (e.g., , , , etc.) in the Hollywood community of that time.

Hayes wrote three memoirs: "A Gift of Joy", "On Reflection" and "My Life in Three Acts". Some of the themes in these books include her return to after having been denied communion from the Church for the length of her marriage to MacArthur, who was a and a divorcé, and the death of her only daughter Mary, who was an aspiring actress, from at the age of 19. Hayes's adopted son, , also went on to a career in acting, starring in "" on television. (Hayes herself guest starred on a 1975 episode of "Hawaii Five-0", playing MacArthur's character's aunt.)

Hayes was hospitalized a number of times for her condition, which was aggravated by stage dust, forcing her to retire from legitimate theater. Her last Broadway show was a revival of Harvey in which she co-starred with James Stewart in 1970. She spent most of her last years writing and raising money for organizations that fight asthma.

*"The hardest years in life are those between ten and seventy." (at age 73)