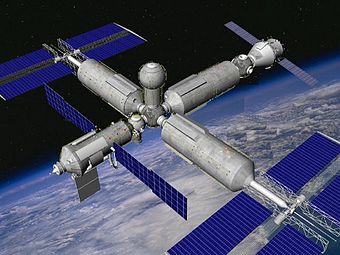 Before the predicted decommissioning of the International Space Station in the late 2010's to 2020's, the Russian Federal Space Agency (Roskosmos) plans to detach some of its modules, such as the Multipurpose Laboratory Module (to be launched to the ISS in 2012), and use them as the basis for a new space station.[3] The main purpose of OPSEK would be to support eventual manned Mars missions. All the main components of such a Mars expedition would first dock at the station, before leaving for Mars. As a secondary role, the station would also support lunar expeditions.[3]

On 17 June 2009, Roskosmos officially informed its ISS partner, the United States, about its intention to "build and prepare for operation the first elements of the orbital assembly and experimental piloted space complex by the end of the ISS life cycle."[3]

According to the Russian manned spaceflight contractor RKK Energia, the new station must be able to perform the following tasks:[4]