Drumcar House (later: St. Mary's Hospital; currently: Saint John of God Residence) is a manor house in the historical parish of Drumcar in the barony of Ardee, 1 mile (1.6 km) northeast of Dunleer, County Louth, Leinster, Ireland. The house was built in 1777.[1] It was home to the M'Clintock family from then to the 1940s, stemming from Alexander M'Clintock (1692-1775), formerly of [[Seskinore Lodge]].[2] One of its best known owners was John M'Clintock (1770-1855), a magistrate for County Louth, and formerly Serjeant at Arms in the Irish House of Commons, who was known to be occupying the estate in 1805 and until his death.[3] The house was sold in about 1903 by the 2nd Baron Rathdonnell to his cousin, Frank McClintock (1853-1924), Rector of Drumcar and Dean of Armagh.[4]

In 1948, it became St. Mary's Hospital, a colony for the mentally ill. Still later, it was converted to Saint John of God Residence, a hospital/infirmary.[5]

The building is now registered with the National Inventory of Architectural Heritage (Reg. No. 13901503).[5] 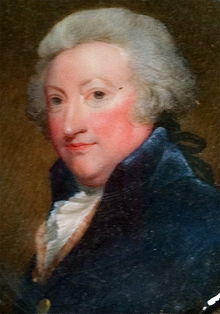 The elegant white Georgian mansion was originally large and rectangular, three storeys over a basement. It was two rooms deep split by a large central hall. A shallow hipped roof was hidden behind a cornice. There was a blocking course that included chimneystacks. The entrance front had five bay windows. The original building had a simple triparite doorcase that was set in a shallow relieving arch, as well as single-storey walls with built in niches and sunken panels. These joined the main block and included a pedimented carriage arch on each side.[1] The 1837 Topographical Dictionary of Ireland described it as "the seat of J. McClintock, Esq., an elegant mansion, beautifully situated in an extensive and richly wooded demesne, commanding a fine view of the Carlingford and Mourne mountains and the sea."[6] The view extends to Dundalk Bay.[1]

The interior was entirely remodeled by Kelly & Jones when Drumcar House became St. Mary's Hospital, a colony for the mentally ill, in 1948.[1] The conversion and extension cost approximately £360,000.[7]

A plaque on the portico commemorates 50 years of residence by Saint John of God brothers.[5]

The grounds are large and there are a number of single-storey buildings for accommodation and clinics.[5]