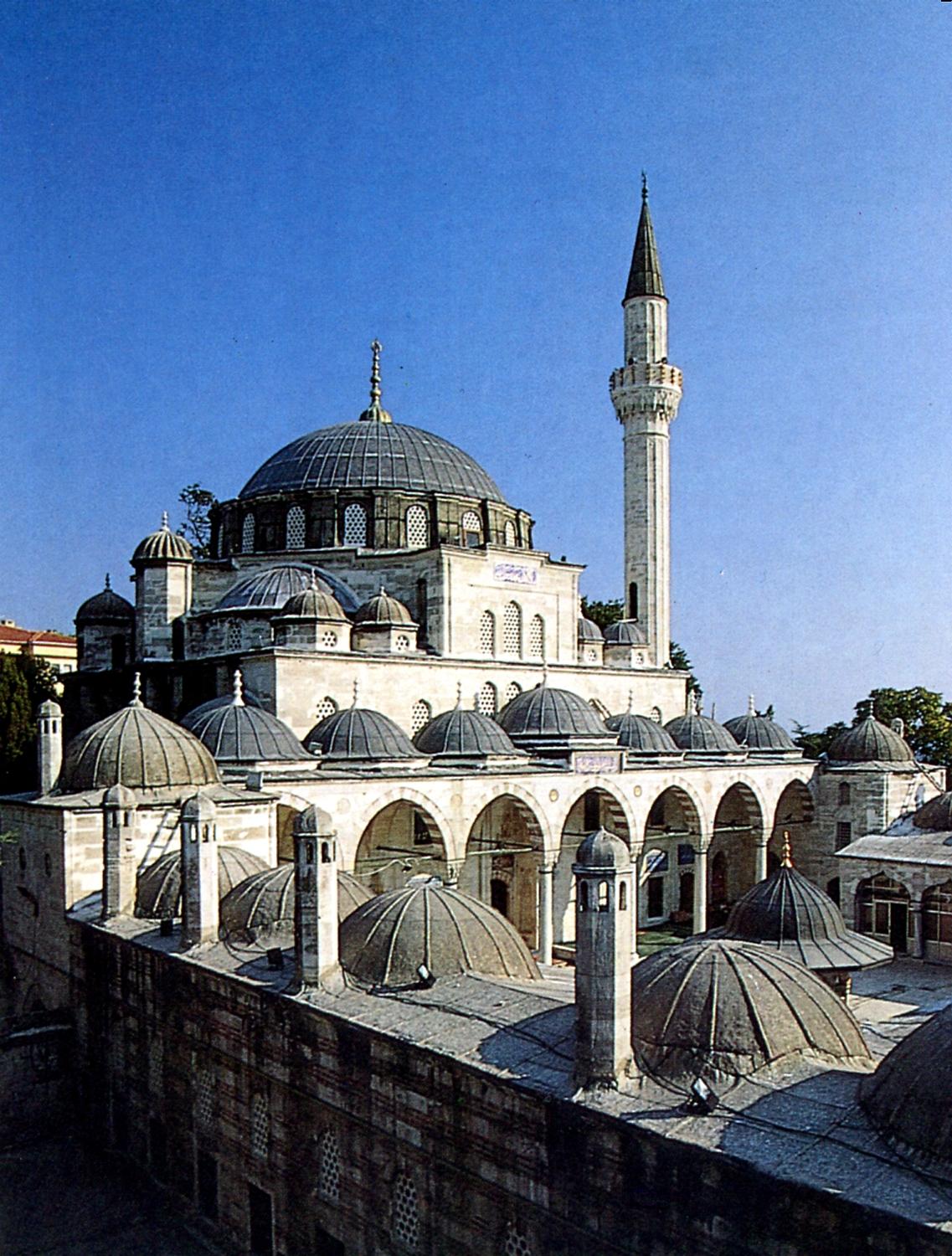 The Sokoullu Mehmet Pasha Mosque was designed by Ottoman imperial architect for (husband of one of the daughters of , Princess Esmahan. Its building took place from to . The mosque is official named after Princess Esmahan, but is more commonly known for its association with her far more famous husband. [ Faroqhi, Subjects of the Sultan. ]

The mosque is noted for its architecturally challenging location on a steep slope. Sinan resolved this issue by fronting the mosque with a two-story a courtyard. The bottom story (now in ruins) was divided into shops, whose rents were intended to help support the upkeep of mosque. The upper story with an open colonnaded courtyard had the spaces between the columns on three sides walled off to form small rooms, each with a small window, fireplace and niche to store bedding, forming the living accommodations for a . Instruction for students was given in the prayer hall itself, or in the "dershane", a large domed room over the western staircase. The fourth side of the courtyard is the mosque itself, which is designed as a hexagon inscribed in a rectangle, topped by a dome with four small semi-domes in the corners. [Freely, Blue Guide Istanbul ]

The interior of the Sokulu Mehet Pasha Mosque is famous for its large quantities of exquisite İznik tiles, set in a very wide variety of blue and green floral designs, with panels of in white letters on a blue field. The interior columns make use of polychrome . The "" is made of white marble with a conical cap, sheathed in turquoise tiles, which also frame the "". The windows above the mithrab are stained glass. Above the door, framed by a gold design, is a fragment of the in ; other fragments of this black stone are in the "minbar" and "mihrab". [Freely, Blue Guide Istanbul ]