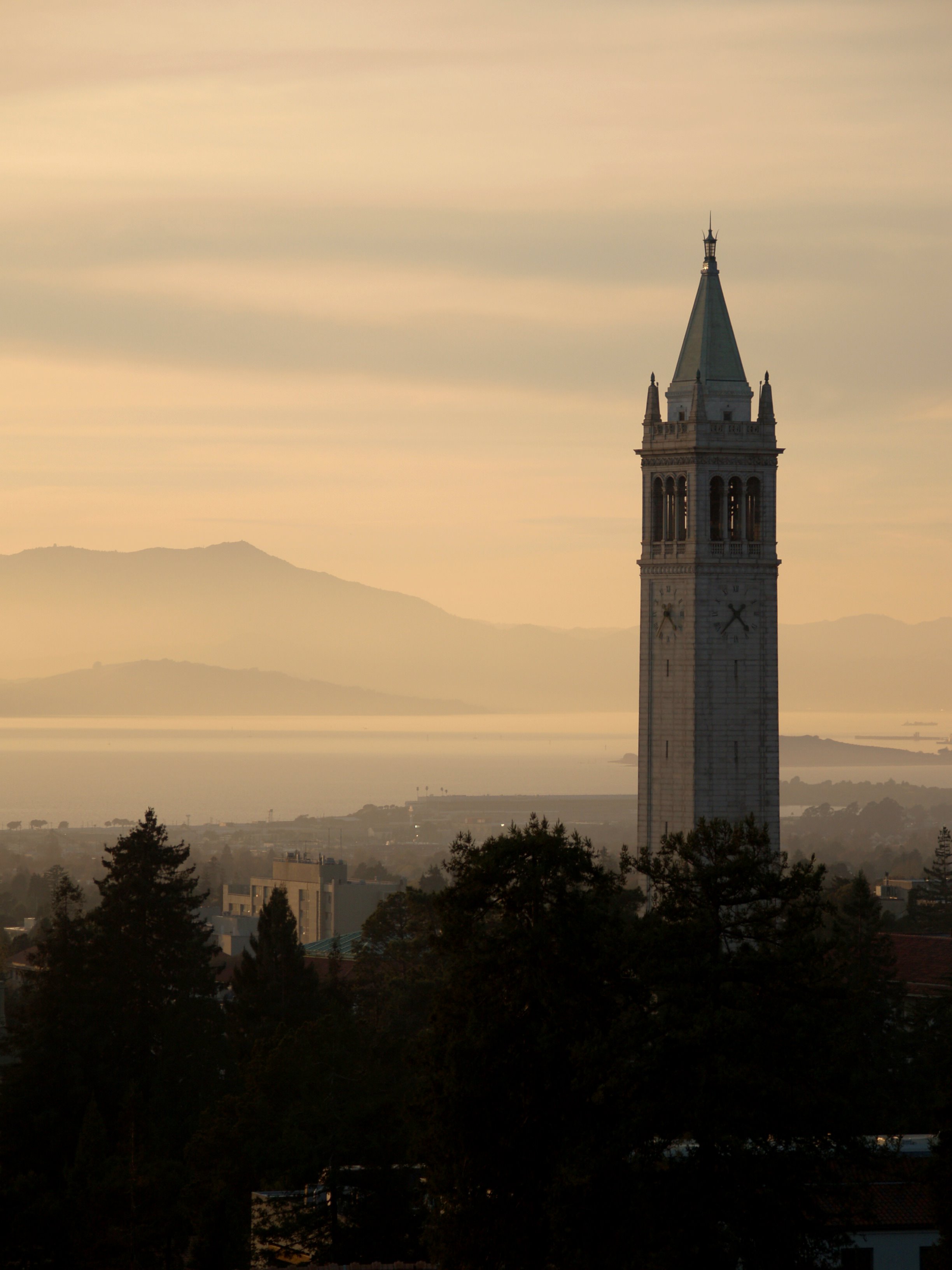 Sather Tower is a (bell and clock tower) on the campus. It is more commonly known as "The Campanile" (pronEng|kæmpəˈniːle "camp-uh-NEE-lee") due to its resemblance to the Campanile di San Marco in , and serves as UC Berkeley's most recognizable symbol. It was completed in 1914 and first opened to the public in 1917. The tower stands 307 feet (93.6 m) tall, making it the third tallest bell and clock-tower in the world. It was designed by , founder of the College of Environmental Design, and it marks a secondary axis in his original Beaux-Arts campus plan. Since then, it has been a major point of orientation in almost every campus master plan. The tower has thirteen floors, with an observation deck on the eighth floor. Some floors are used to store s.

A gift by Evelyn and Jerry Chambers in 1983 endowed the position of University Carillonist (currently Jeff Davis) as well as practice rooms, practice keyboards, a campanology library, and international Carillon Festivals every five years from the anniversary of the Class of 1928. Private and group lessons are offered in carillon through the Department of Music, subject to auditions and with Music majors receiving priority. Students work on one of Sather Tower's two practice keyboards until they are ready for performance on the carillon itself.

An elevator takes visitors 200 feet up Sather Tower to an observation deck with sweeping views of the campus, the surrounding hills, San Francisco, and the . Admission is free for UC Berkeley students, staff, and faculty, one dollar for seniors, members, and persons age 18 and under, and two dollars for everyone else. Sather Tower is also an obvious suicide point, and in 1958 a 67-year-old retired attorney jumped to his death, prompting a daily patrol to guard the platform. In 1961, after sophomore John Patterson's suicide jump, glass panes were installed to enclose the viewing platform. However, in 1979 these panes were removed after the carillon was expanded and due to complaints that the panes were muffling the sound. Finally, in 1981 a set of metal anti-suicide bars were installed.

Sather Tower also houses many of the department's fossils because its cool, dry interior is suited for their preservation; these fossils are mainly from the in Los Angeles.

*The programming language is named after Sather Tower.
*"The Campanile", a rendered movie created under the leadership of and presented at 97, pioneered the virtual cinematography techniques which would later be used in the 1999 special-effects blockbuster "".
*Another university clock tower bearing a resemblance to the Campanile de San Marco is the at the University of Birmingham, England. 's novel "" tells the story of exchange of professors between the universities of Rummidge and Plotinus (thinly disguised fictional versions of Birmingham and Berkeley) which was founded on both campuses having a replica of the on their campuses.
*Theres another tower that its based on the Berkeley Campanile in , Chile.