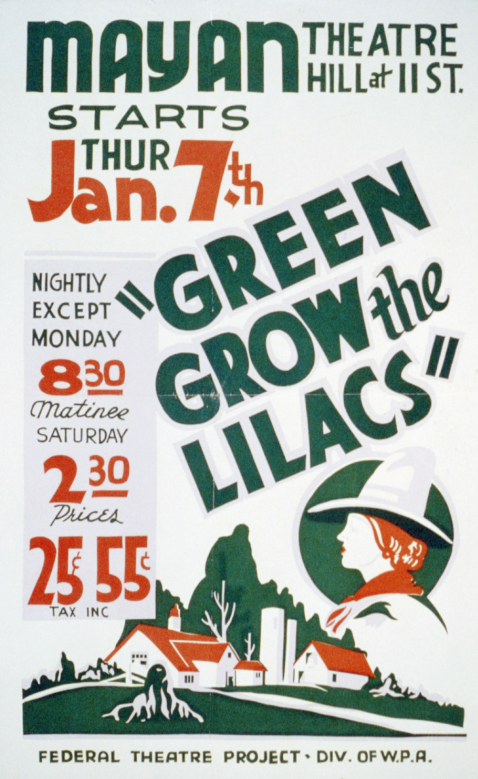 "Green Grow the Lilacs" is a 1931 play by Lynn Riggs named for the popular folk song of the same name.