"The Rose" is a pop song written by made famous by in the 1979 movie "The Rose". Since then it has been covered by a variety of artists.

The song is a commentary on people who are so afraid of failing (in love, among other things) that they do not even try, as illustrated by the lyric "It's the soul, afraid of dying, that never learns to live..."

"The Rose" is featured in the 1979 film of the same name, in which it was performed by Midler. The single hit #3 on the U.S. chart and #1 on the adult contemporary chart, and it was certified as a by the .

Midler's version of "The Rose" was played in a episode of the American , "" involving heroine .

*"America's Got Talent" winner (who also covered "You Light Up My Life") includes "The Rose" on her eponymous debut album.

*Norwegian singer translated and sang the song on her 1997 album "Månestein".

* recorded a grunge version in 1988. The recording can be found on the compilation album "".

*Belgian singer Ann Christy, who has sung for her country in the ("Gelukkig Zijn"), also recorded a version called "De Roos" which frequently appears in the Top 10 all-time favourite singles in Belgian polls.

*Mexican singer (and winner of the first season of ""), , sang the song at the finale of the show where she was named the winner in . A of the song was also included in her second album (first CD with original songs) named "Una Mujer".

*Mexican singer (and second place winner of the fourth season of "La Academia"), , recorded this song on her sophomore album, "Habla el Corazon", which included covers from the 80's and 90's translated into Spanish. "The Rose" is the only song performed in English.

*Welsh singer covered the song on his 2007 album "Reason to Believe". 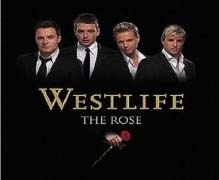 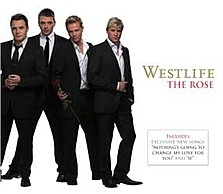 "The Rose" was covered by Irish and was released as the first and only single from their 2006 album, "The Love Album". It reached #1 on the for one week in November 2006.

The band gave their first exclusive live performance of this song on 2006.

The video for this single was presented in and shows the emotions and events leading up to a couple's wedding procession. The band members are clad in suits and are shown in a checkered-floor room.

During the initial period of the video's release, fans were given the opportunity to customise the music video by digitally adding their names to various elements such as the wedding invitation card.

A coloured version of the music video was later made available.

A Japanese translation of the song titled nihongo|"Love is a Flower, You are the Seed"|愛は花、君はその種子|Ai wa Hana, Kimi wa Sono Tane was the ending theme of 's 1991 feature "Omohide Poro Poro", also known as "Only Yesterday", performed by .

The song was also showcased in the 2004 film "". Napoleon and his classmates performed a routine in sign language with the song as accompaniment. This routine is where the famous "butterfly flapping" movement came from.

In the 100th episode of the sitcom , a montage of scenes of the departed character Rose () is set to this song.

* [http://www.amcbroom.com/rose.html History of the Rose] by