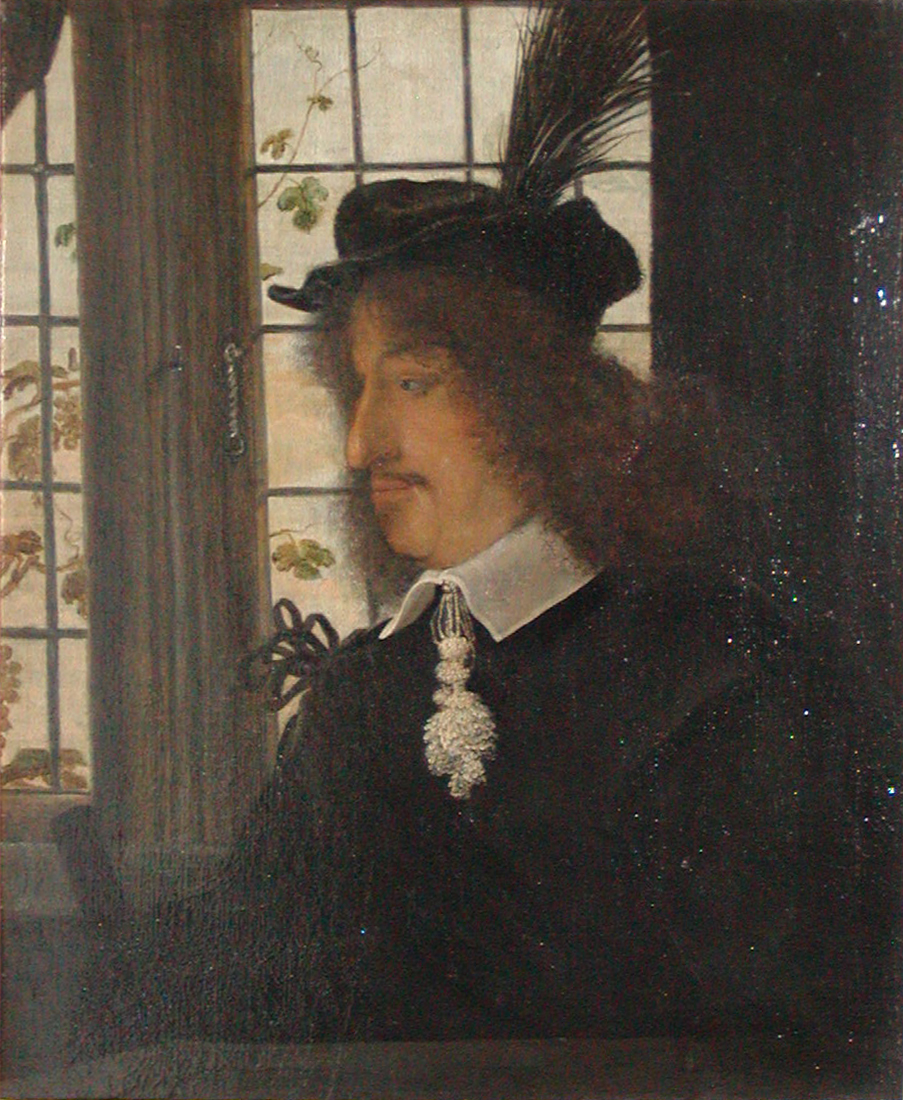 Frederick III (, &ndash; , ) was king of and from 1648 until his death. He stands as the ruler who introduced in Denmark.

Frederick was born at in , the son of Christian IV and . His position as a younger son profoundly influenced his future career. In his youth and early manhood, there was no prospect of his ascending the Danish throne, and he consequently became the instrument of his father's schemes of aggrandizement in . While still a lad, he became successively bishop of Bremen, bishop of Verden, and coadjutor of Halberstadt. At the age of eighteen, he was the chief commandant of the fortress of . Thus, from an early age, he had considerable experience as an administrator, while his general education was very careful and thorough. He had always a pronounced liking for literary and scientific studies.

On , Frederick wed (daughter of ), whose energetic, passionate, and ambitious character was profoundly to affect not only Frederick's destiny, but the destiny of Denmark.

During the disastrous Swedish War of 1643&ndash;1645, Frederick was appointed commander of the duchies by his father, but the laurels he won were scanty, chiefly owing to his quarrels with the Earl-Marshal , who commanded the Danish forces. This was Frederick's first collision with the Danish , who ever afterwards regarded him with extreme distrust.

The death of his elder brother Christian in June 1647 first opened to him the prospect of succeeding to the Danish throne, but the question was still unsettled when Christian IV died on , (old style; new style). Not until July 6 did Frederick III receive the homage of his subjects, and only after he had signed a "" or charter, by which the already diminished royal prerogative was still further curtailed. It had been doubtful at first whether he would be allowed to inherit his ancestral throne at all, but Frederick removed the last scruples of the "Rigsraad" by unhesitatingly accepting the conditions imposed upon him.

The new monarch was a reserved, enigmatic prince, who seldom laughed, spoke little, and wrote less; a striking contrast to Christian IV. But if he lacked the brilliant qualities of his impulsive, jovial father, he possessed in a high degree the compensating virtues of moderation and self-control. He was an enthusiastic collector of books and founded the Royal Library in Copenhagen around 1648.

The first years of his reign were marked by his secret resistance against the two mightiest men of the kingdom, his brothers-in-law Korfits Ulfeldt and Hannibal Sehested who were both removed from office 1651. Ulfeld went into exile in Sweden where he became a traitor while Sehested was restored to favour 1660.

With all his good qualities, Frederick was not a man to fully recognize his own and his country's limitations. But he rightly regarded the accession of on , as a source of danger to Denmark. He felt that temperament and policy would combine to make Charles an aggressive warrior-king: the only uncertainty was in which direction he would turn his arms first.

Charles' invasion of in July of 1655 came as a distinct relief to the Danes, though even the Polish War was full of latent peril to Denmark. Frederick was resolved upon a rupture with Sweden at the first convenient opportunity. The "" which assembled on , willingly granted considerable subsidies for mobilization and other military expenses. On , he received, the assent of the majority of the "Rigsraad" to attack Sweden's German Dominions. In the beginning of May, the still pending negotiations with that power were broken off, and on Frederick signed the manifesto justifying a war, which was never formally declared.

The Swedish king confounded all the plans of his enemies by crossing the frozen Little and Great Belts, in January and February 1658 (see ). The effect of this unheard-of achievement on the Danish government was crushing. Frederick III at once sued for peace. Yielding to the persuasions of the English and French ministers, Charles finally agreed to be content with mutilating, instead of annihilating, the Danish monarchy. The was signed on and the on , 1658.

The conclusion of peace was followed by a remarkable episode. Frederick expressed the desire to make the personal acquaintance of his conqueror, and Charles X consented to be his guest for three days, March 3 to March 5, at . Splendid banquets lasting far into the night, private and intimate conversations between the princes who had only just emerged from a mortal struggle, seemed to point to nothing but peace and friendship in the future.

But Charles's insatiable lust for conquest and his ineradicable suspicion of Denmark induced him to endeavour to despatch an inconvenient neighbour without any reasonable cause, without a declaration of war, in defiance of all international equity.

Terror was the first feeling produced at by the landing of the main at on on . None had anticipated the possibility of such a sudden and brutal attack, and everyone knew that the Danish capital was very inadequately fortified and garrisoned.

Fortunately, Frederick had never been deficient in courage. "I will die in my nest", were the memorable words with which he rebuked those counsellors who advised him to seek safety in flight. On August 8, representatives from every class in the capital urged the necessity of a vigorous resistance, and the citizens of Copenhagen, headed by the great Mayor , protested their unshakable loyalty to the king and their determination to defend Copenhagen to the uttermost. The Danes had only three days' warning of the approaching danger, and the vast and dilapidated line of defence had at first only 2000 regular defenders. But the government and the people displayed a memorable and exemplary energy under the constant supervision of the king and queen and mayor Nansen. By the beginning of September, all the breaches were repaired, the walls bristled with cannons, and 7000 men were under arms.

So strong was the city by this time that Charles X, abandoning his original intention of carrying the place by assault, began a regular siege. This he also was forced to abandon when an auxiliary Dutch fleet reinforced and reprovisioned the garrison and defeated him on October 29 in the . The Dutch then assisted in the liberation of the Danish Isles in 1659. Thus, the Danish capital had saved the Danish monarchy.

But it was Frederick III who profited most by his spirited defence of the common interests of the country and the dynasty. The traditional loyalty of the Danish middle classes was transformed into a boundless enthusiasm for the king personally, and for a brief period Frederick found himself the most popular man in his kingdom. He made use of his popularity by realizing the dream of a lifetime and converting an elective into an absolute monarchy by the Revolution of 1660, the same year Charles X died.

The last ten years of his reign the king again took a relative obscure position while the new monarchy was built up and the country tried to recover after the wars. The administration was changed and new men came into government that was marked by a rivalry between the ministers and councillors like Hannibal Sehested and . During this period ("Lex Regia"), the “constitution” of Danish absolute monarchy was written 1665. Copenhagen was made a city of garrisons and the defence of the country was strengthened as far as allowed by the poverty.

In 1665 Frederick had the opportunity to return the favour to the Dutch by preventing the British from taking the East Indies Spice Fleet. The Dutch fleet had sought refuge in Norway, and the British tried to persuade the king him to take the fleet himself, claiming that it was more valuable than the whole of his kingdom. Frederick and the British actually did agree to plunder the fleet, but before the Danish fleet reached Bergen, the commandant of the fortress there had already routed the English ships in the .

Frederick III died at the castle of Copenhagen and is interred in .

Also, he had with Margarethe Pape one illegitimate son, Ulrik Frederik Gyldenløve.