Portrait of the Bellelli Family

Portrait of the Bellelli Family 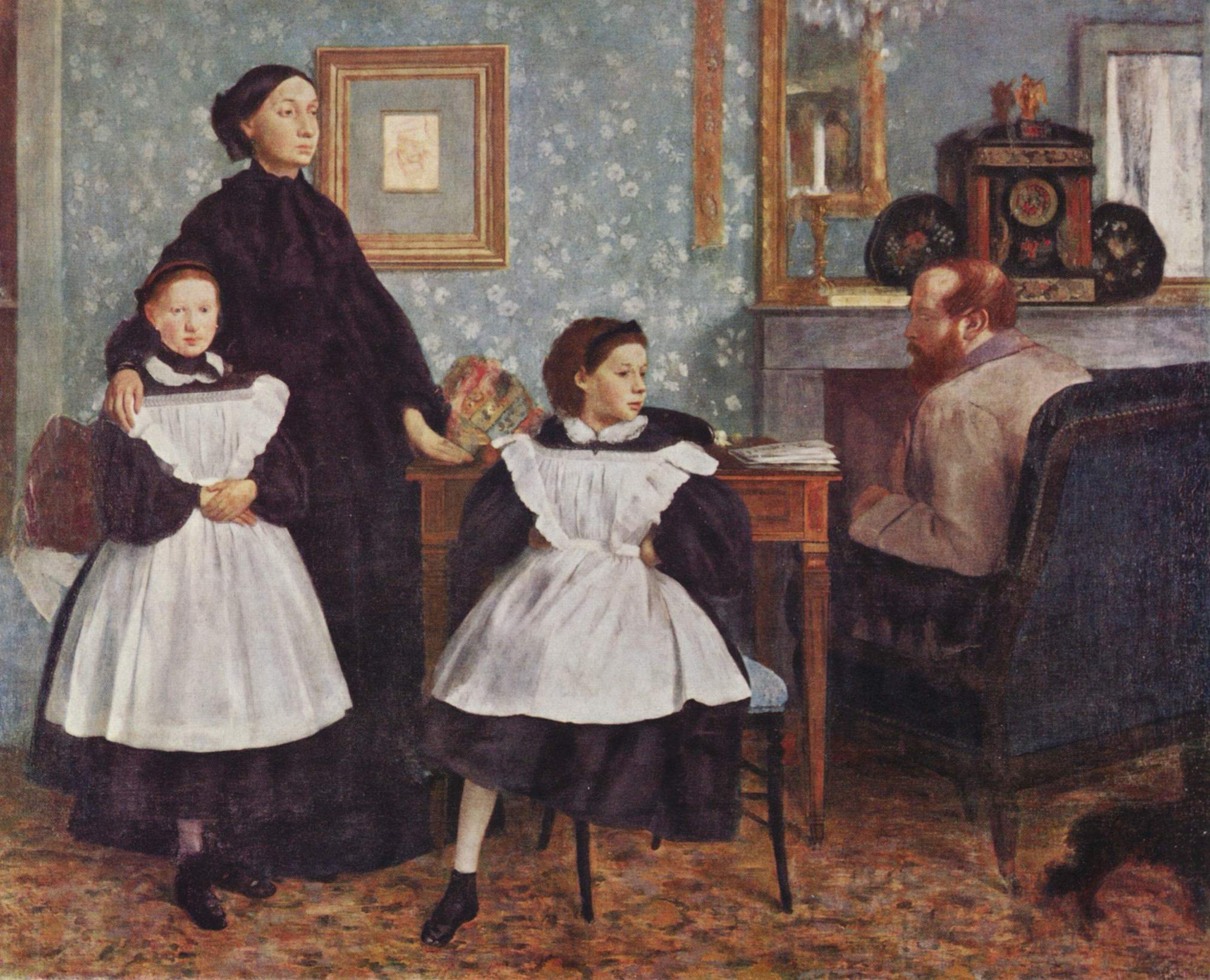 "Portrait of the Bellelli Family" is an oil on canvas by , painted ca. 1858-1867. A masterwork of Degas' youth, the painting reflects the influence of classical sources, particularly Flemish painting. It is in the .

While finishing his artistic training in , Degas drew and painted his aunt Laura, her husband the baron Gennaro Bellelli (1812-1864), and their daughters Giula and Giovanna. Utilizing studies done in Italy, the painting was completed at the artist's studio after his return to . Laura, his father's sister, is depicted in a dress which symbolizes mourning for her father, who had recently died and appears in the framed portrait behind her. The baron was an Italian patriot exiled from , living in .

Laura's countenance is dignified and austere, her gesture connected with those of her daughters. Her husband, by contrast, appears to be separated from his family. His association with business and the outside world is implied by his position at his desk. Giovanna, the younger daughter, holds a livelier pose than that of her sister Giula, whose restraint appears to underscore the familial tensions.