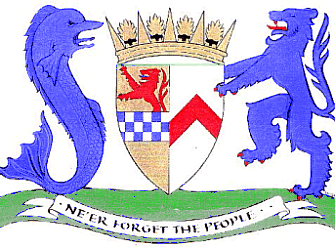 South Ayrshire (Gaelic: "Siorrachd Inbhir Àir a Deas", pronounced|ʃir̴əxg̊ iɲɪɾʲˈaːɾʲ ə d̊ʲes̪) is one of 32 of , covering the southern part of . It borders onto , and .

The administrative boundaries were formed in 1996, and it is a direct successor to the district.

The Conservative Party currently lead a minority administration in South Ayrshire, with Hugh Hunter as Leader of the Council and Winifred Sloan as Provost.

The Council elections in May 2003 resulted in a "hung" Council where both the Labour Party and the Conservative Party had 15 seats. Control of the Council was nominally given to the Labour party after a "", though such an unstable arrangement had a detrimental effect on the decision-making process. In November 2005 the leader of the Labour group Andy Hill resigned, allowing the Conservatives to govern with a 15-14 majority until the 2007 election. Gibson MacDonald became Leader of the Council with Robin Reid as Deputy Leader. [http://www.south-ayrshire.gov.uk/news/2005/newleader.htm] .