You Are Not Alone

You Are Not Alone

Infobox Single |
Name = You Are Not Alone 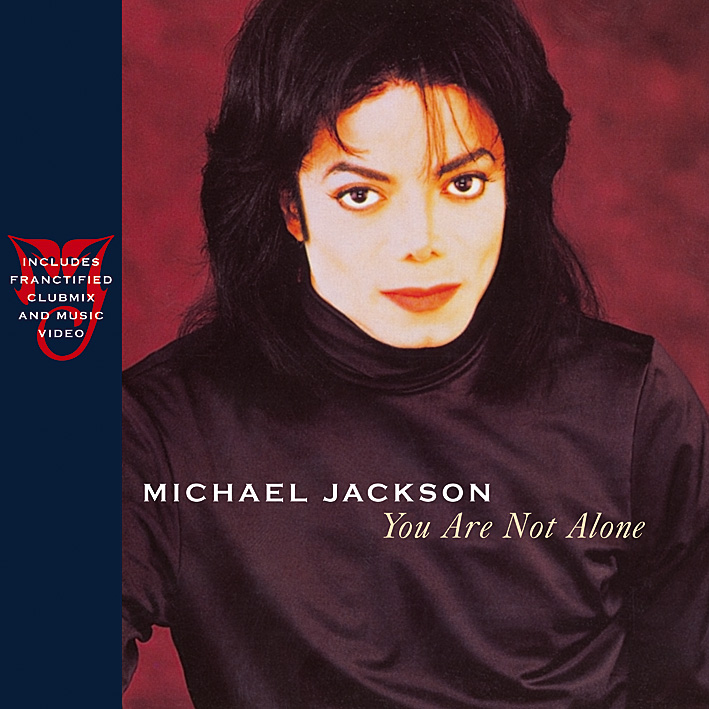 "You Are Not Alone" is a hit single by , released in August 1995. It was the second single from his multi-platinum album "HIStory - Past, Present and Future, Book I". The song was written by R&B singer-songwriter and became the first single ever to debut at number one in the "Billboard" Hot 100. [http://www.mjinf.co.uk/HIStory/YANA.htm]

"You Are Not Alone" became the third most-successful Michael Jackson single released in the 1990s, after "Black or White" and "". [ [http://www.mjjcharts.com/MichaelGlobalSingles.htm Michael ] ] The song peaked at number one in many countries around the world, including the UK, the U.S., New Zealand, Ireland, France and Switzerland.

In the UK, it debuted at number three and then climbed to number one where it stayed for two weeks. The single remained in the top five for seven weeks and was in the top 75 for fifteen weeks. This long run in the charts resulted in a gold sales award. The huge success of "You Are Not Alone" pulled "HIStory" back into the top-ten.

The was controversial in that it featured an almost nude Jackson and his then-wife . In most prints of the video, scenes depicting Michael Jackson with wings were cut. He dedicated this to ex-wife Lisa Marie Presley. They divorced a couple of months later.

The video was number 1 in MAX music's World's Worst Ever Video countdown in 2008.

SABAM, a Belgian right society, confirmed that the melody for "You Are Not Alone" was originally composed in 1993 by veteran Belgian songwriters, producers, and music publishers, Eddy & Danny Van Passel. As can be seen in [http://blogsimages.skynet.be/images/002/785/335_e543b2bc3392872944f3fea89e2237d6.jpgthis document] , dated , , SABAM found that "the largest part of the melody is identical. There is a strong similarity (75%)". On , a Belgian judge ruled that it was indeed plagiarism. The Court decides that Kelly does not prove and even does not render plausible he has written an independent work. See court document on this link http://blogimages.bloggen.be/vanpasselbrothersmusic/18691-4757595a5904fe6ecd43a55cdf538c01.jpg

The judgment should be recognized and enforced in all European Member States. http://www.bloggen.be/vanpasselbrothersmusic/archief.php?ID=8035

In 1996, one of Michael's idols, , covered this song for the compilation album "Voice of Love."

In the Classic Club Remix on the 1997 album ', Michael's ad-libs at the end of the original are extended. These can also be heard in the slightly extended album version on '.