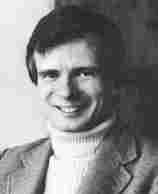 William Warren Bartley, III, (1934–1990) was an American Professor of Philosophy, a Senior Research Fellow at Stanford University and an author.

Born in , in 1934, Bartley was brought up in a home. He completed his secondary education in Pittsburgh. He studied at between 1952 and 1956 and graduated with a BA degree in philosophy.

Bartley and Popper had a great admiration for each other, driven by their common stand against , a view which Popper fought at the British Academy's Annual Philosophical Lecture in 1960 for the first time. [Karl R. Popper: On the Sources of Knowledge and of Ignorance. "Proceedings of the British Academy" 46 (1960), p. 39–71, reprinted in "Conjectures and Refutations".] However, at the International Colloquium in the Philosophy of Science at Bedford College, University of London, 11–17 July 1965, they came into a conflict with each other. Bartley had presented a paper 'Theories of demarcation between science and metaphysics' and had attacked Popper in it sharply. He accused Popper of a positivist attitude in his early works and proposed that Popper's demarcation criterion was not as important as Popper thought. Popper took this as a personal attack, and Bartley took his reply as ignorant towards his criticism.rp|81f Their friendship was not restored until 1974, after the publication of "The Philosophy of Karl Popper".rp|87 Bartley toned down his views on Popper's demarcation, however, as regards content of these views, the differences remained.rp|First Part [Kiichi Tachibana: [http://www.law.keio.ac.jp/~popper/v5n1tachibana.html Mails exchanged between Prof. Tachibana and Prof. Agassi On the Kyoto Prize Workshop] . "Popper Letters" 5:1 (November 17, 1992)]

After his doctoral graduation, Bartley worked as a lecturer in logic in London. Later, he held positions at the and the . [David Miller: Bartley. "Critical Rationalism" (1994), p. 75] He was appointed to his first full professorship in 1969, at the . In 1970 he joined the faculty as a Professor of Philosophy, where he received in the same year the distinction of “Outstanding Professor” of the entire . His last position was that of a Senior Research Fellow at the .

Bartley published a biography of the philosopher , titled simply "Wittgenstein", in 1973. [William Warren Bartley III, "Wittgenstein," Philadelphia, Lippincott, 1973.] The book contained a relatively brief, 4–5 page treatment of Wittgenstein's , relying mainly on reportage from the philosopher's friends and acquaintances. This matter caused enormous controversy in intellectual and philosophical circles; many perceived it as a posthumous "attack" on Wittgenstein. Some foreign editions of the book, like the Spanish, were printed with the "offending" material excised. [Bartley treats the criticisms and related matters in the second edition of the biography: "Wittgenstein", La Salle, Illinois, Open Court, 1985; pp. 159-97.] In a second edition of the biography, Bartley answered the objections of critics, pointing out that Wittgenstein's period of active homosexuality is verified by the philosopher's own private writings, included his coded diaries; extensive confirmation was also available from people who knew Wittgenstein in the period between the two World Wars in Vienna, including ex-lovers. Bartley also considers, and rejects, the idea of a connection between the private life and the philosophy.

Bartley wrote a best-selling biography [Bartley, William Warren, "": "The Founding of EST", Clarkson Potter, 1988. ISBN 0-517-53502-5] of , the founder of est. Bartley was graduate of Erhard Seminars Training, from 1972. refers to Bartley in the book as "My friend Bill". William Bartley served on the advisory board of Est, an educational company.

Bartley is perhaps best known today for his work in extending Popperian epistemology, discussed in his book "The Retreat to Commitment". In it, he describes Pancritical rationalism (PCR), a development of and . PCR attempts to work around the problem of ultimate commitment or infinite regress by decoupling criticism and justification. A pancritical rationalist holds all positions open to criticism, including PCR, and never resorts to authority for justification.

Parts of Popper's "Realism and the Aim of Science", a book which Bartley edited, and the Addendum to the fourth edition to "The Open Society and its Enemies" contain passages that are commonly interpreted as Popper's acceptance of Bartley's views. held that these were in fact written by Bartley himself.rp|23–25, 96 , a biographer of F. A. von Hayek, criticized Bartley for the extent of the changes he did as the editor of "". [Alan Ebenstein: [http://libertyunbound.com/archive/2005_03/ebenstein-deceit.html Investigation: The Fatal Deceit] . "Liberty" 19:3 (March 2005)]

At the time of his death, Bartley had just finished his last book, "Unfathomed Knowledge, Unmeasured Wealth: On Universities and the Wealth of Nations". Other works he was preparing at that time included writing a biography, and editing the collected works, of . The latter is still being completed after Bartley's death by his colleagues. Also unfinished is a biography of . Both biographies were already in an advanced stage at the time of Bartley's death.