"Eternal Flame" is a song by , which became a hit single in 1989, peaking at number one in the charts in six countries, including , the , and the . It was written by popular songwriters Billy Steinberg and Tom Kelly and the Bangles' Susanna Hoffs.

It was a , unlike the rest of the garage-band pop songs on their album "Everything". Co-writer describes it as " meet ".

The song was Australia's biggest selling single of '89 and was sent-up on Australian TV show "Fast Forward".

Atomic Kitten made another massive success, it entered #1 in UK with over 140,000 in the first week and 70,000 in the second week. The single entered top 5 in over ten countries. 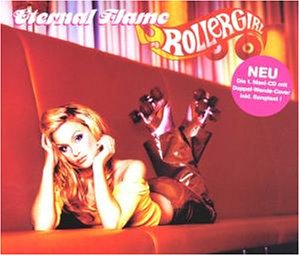