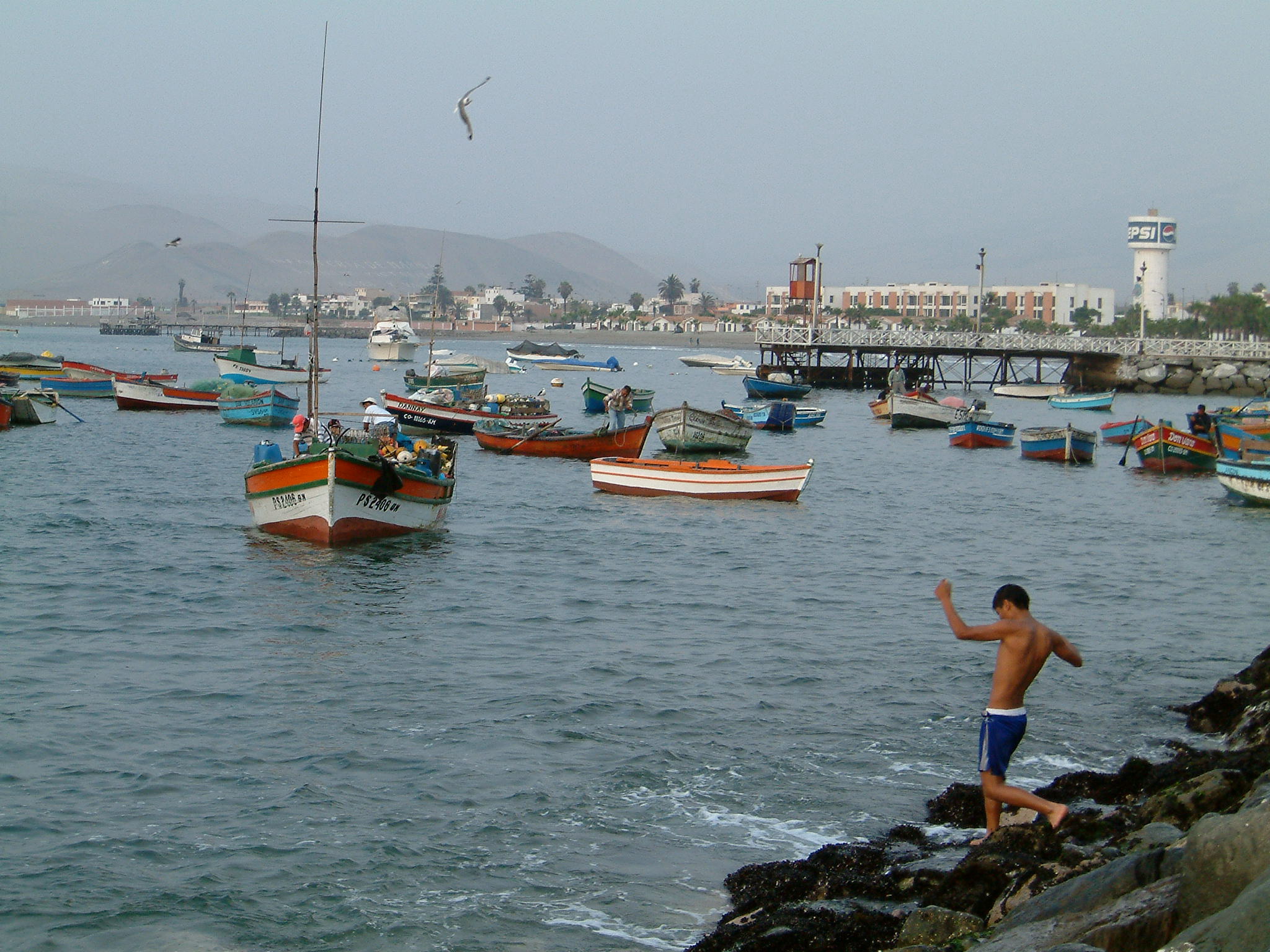 Ancón is a district of northern in . It is a popular , visited every summer by hundreds of people from .Officially established as a district on , , the current ("") of Ancón is Jaime Jesús Pajuelo Torres. The district's is 2.

The district has a total land of 299.22 km². Its administrative center is located 3 meters above .

The district is divided into 2 populated centers ( _es. Centros Poblados):

According to the 2005 census by the INEI, the district has 29,419 inhabitants, a population density of 98.3 persons/km² and 12,990 households. It is the second largest district and the 40th most populated district in Lima.

Ancón used to be a deluxe upscale beach resort during the 19th and early 20th centuries. Its sandy soil and dry atmosphere made it a welcome place for persons with pulmonary and bronchial affections. Besides the beach, in 1913, there was a tennis court, one or two hotels, and many cottages. The train trip from Desamparados station in downtown took about an hour and a half through dry desert.

Today, the beach has become very popular; most of the upscale housing has moved to the beaches south of Lima, such as , , , Asia, among others.

Modern buildings and old houses dating back to the 19th century can be found in the district's beach area. Ancón has a club that exists since 1950.

The , that ended the , was signed on , , ceding to the an invaders.

Ancón is an important site in Peruvian archaeology as a burying ground for pre- civilizations. Here the ridges of gravel and sandy soil were littered with s, bones, and remnants of tattered handwoven cloth. Beneath the surface, grave robbers found mummified bodies with all the accompanying grave goods in shallow graves. In this region, the preservation of the bodies was due to the dry climate, and also reportedly, the and other preservative elements contained in the soil. In the late 1800s, archaeologist digging here found bodies, sometimes ed, adorned with beads, earrings and bird feathers, and swathed in richly colored blankets or cloth, with jars of provisions beside them. Tablets fashioned of cloth, stretched upon frames of wood and painted with figures and characters, described the virtues of the deceased. Pre-historic Ancón was a fishing village, so many handmade nets were found, along with baskets of woven fibre representing the industries of women.

The extension of the in 1870 to made the Necropolis of Ancón easily accessible to the day visitor. The geologists Reiss and Stubel conducted their excavations at Ancón during the period 1874-1875 because they feared the extent of digging there would quickly deplete the site. In 1884 Stolpe conducted excavations at Ancon on behalf of the in .