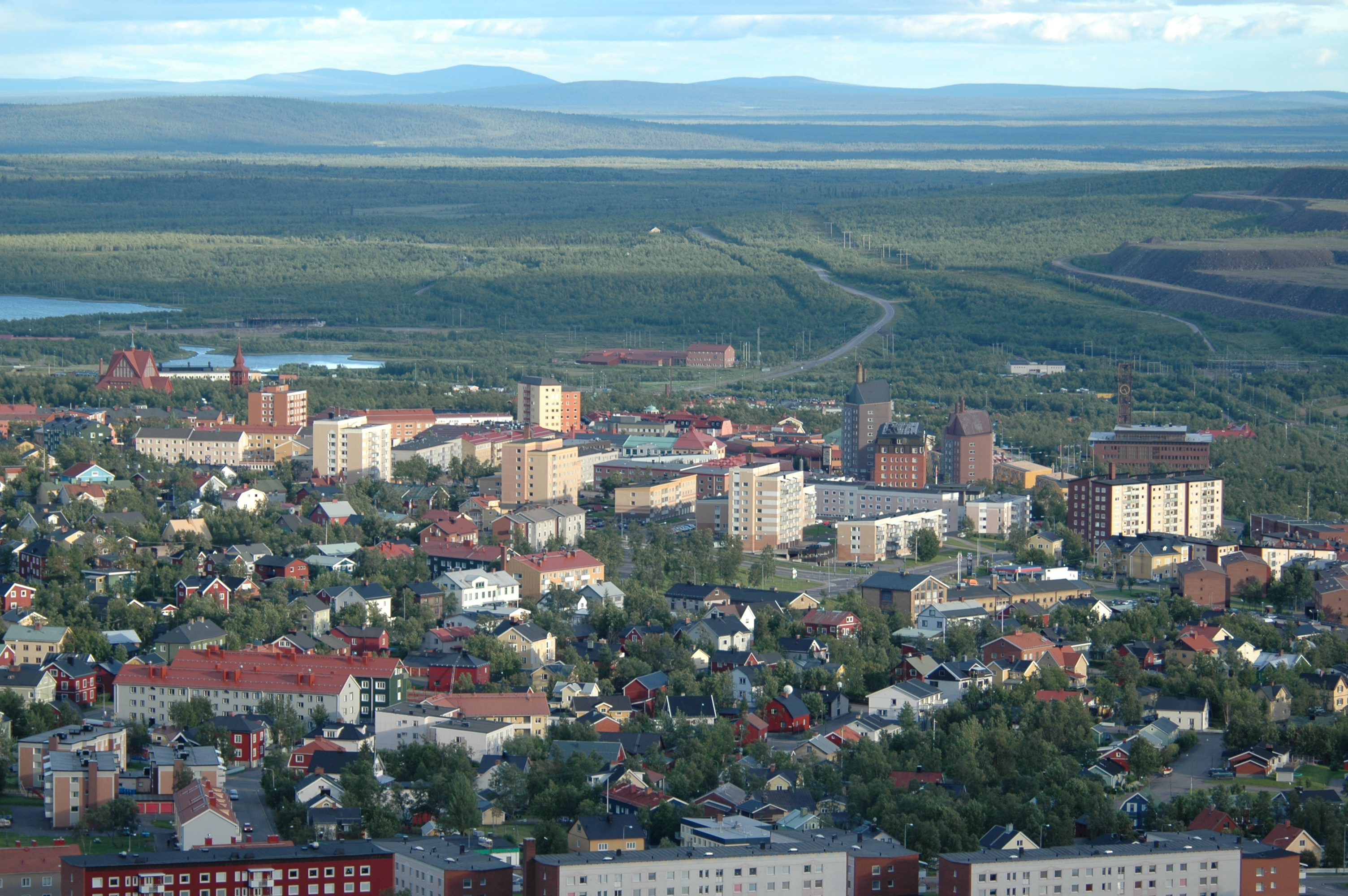 Kiruna is the northernmost city of , situated in Lappland province, with roughly FORMATNUM:18000 inhabitants. It is the seat of (pop. 23,235), .

The name "Kiruna" comes from the "Giron" and means , a white bird native to northern areas. This bird is also depicted on the city arms, together with the sign for . Iron symbolizes the mining industry which has been of great importance for the town.

imagestack
Kiruna became a Swedish city in 1948, and was at one time listed as the largest city in the world by area,Fact|date=December 2007 even if most of its territory of course was non-urban. After the Swedish municipality reform in the 1970s, the term "city" has been legally discontinued. Today only the built-up area is considered a "" city.

Being located 145 kilometres north of the , Kiruna has perpetual daylight, the , approximately from to . The is a few weeks shorter, lasting &ndash; .

Transportations are reliable by road (), rail and air via .

extraction is a key industry of the area, and the town is very dependent on the company . During World War II, large quantities of iron were transported from northern Sweden by rail to the east coast, and further down to be sold to Germany. (See ).

In recent years attempts have been made to reduce the area's dependence on mining with initiatives to promote science, R&D and government related activities. Initiatives have included the proposed relocation of the and the establishment of the Environment and Space Research Institute (Miljö- och rymdforskningsinstitutet); the former was never executed and the latter was essentially only a temporary success.

In 2007, the Swedish government announced that Kiruna would be the host of Spaceport Sweden [http://www.spaceportsweden.com] , signing an agreement with [http://www.ssc.se/default.asp?groupid=2004517104342856] .

In 2004, it was decided that the present centre of the municipality (N67°49'48, E20°25'48) must be relocated to counter mining related . The relocation will be made gradually over the coming decade. On , , the new location was decided. Kiruna will gradually move northwest to the foot of the mountain, by the lake of .

The first actual work on moving the town was done in November 2007, when work on the new main sewage pipe started.

A more official sketch will be published early in spring 2008, which will then be discussed with various interest groups for a next version.

Most of the buildings in Kiruna will simply be torn down and rebuilt at the target site. However, the Kiruna city hall, the most architecturally significant building in Kiruna, will be cut into four parts, each of which will be transported whole to the target site and reassembled there. The move will require an extremely flat road tens of metres wide and will be extremely slow.

In the village of there is an , a proper hotel wholly built of ice, and reconstructed every year.

The church in Kiruna from 1912 is also notable, one of Sweden's largest wooden buildings. The church exterior is built in an style, while the altar is in . It has separately been voted Sweden's best looking church and the foremost Swedish pre-1950 construction.