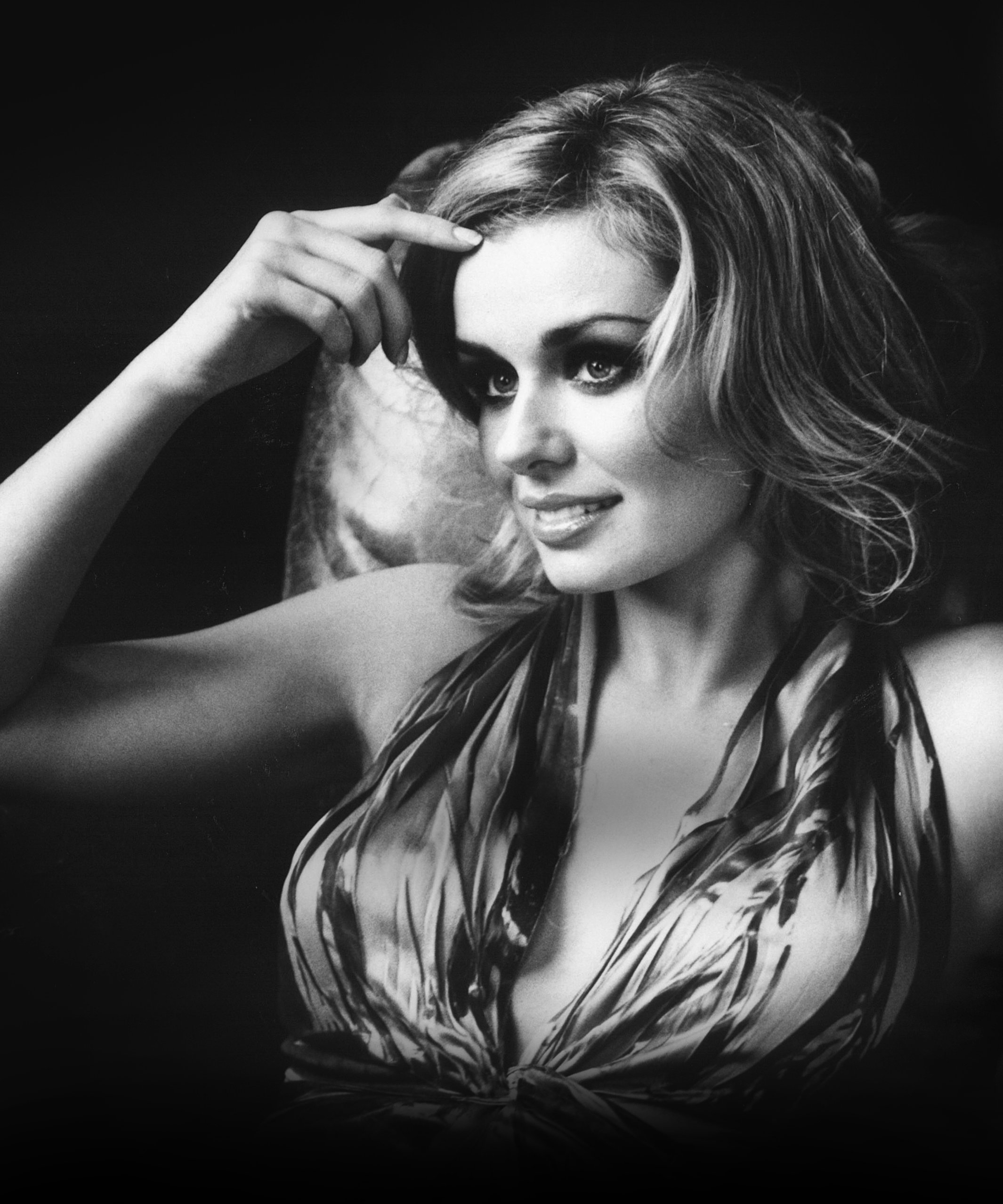 Jenkins has released four classical number one s to date selling 4,000,000 copies, with a fifth album released on . Her albums feature arias, popular songs, hymns and classical crossover music and she has performed in a large number of concerts around the and other countries, including the and . Her next album, , is due out on the 20th October, 2008.

At Dŵr-y-Felin Comprehensive School in her home town of Neath Jenkins received A grades in both s and A Levels and participated in productions such as "Calamity Jane" and "". Two years after she had become a choirgirl at her church, she shattered a chandelier whilst singing "" at 's .

Between 1990 and 1996 Jenkins was a member of the Royal School of Church Music Cathedral Singers, where she achieved the St Cecilia Award, which was, and still is, the highest RSCM award for female choristers. Jenkins was also a member of the National Youth Choir of Wales for three years.

At the age of 17, she won a scholarship to study at the in . At the Academy, she also studied Italian, German, French and Russian and graduated with honours. She finished the course with a degree a music teacher's diploma and then made some money as a freelance singing teacher and a model for hair and make-up.

Jenkins first came to public attention when she sang at honouring 's silver jubilee in October 2003 and then supporting singer on his tour. At the in 2003, she made her debut. In August 2004, she made her first US appearance supporting crossover at in .

Jenkins was also the first person to perform the anthem "". She then began to appear regularly as the singer for the Welsh national anthem, "", at matches and sang with at the 2005 Wales-England match at the . Jenkins is now the official mascot for the Wales rugby team. As well as her appearances before Rugby Union matches, in 2004, Jenkins sang at the Powergen Challenge Cup final between St. Helens and Wigan.

Her fourth studio album entitled "Serenade", released on , , became number five in the mainstream charts and sold more than 50,000 copies in its first week. This ensured it was the biggest seller for a classical CD in Britain. On 's classical charts, the top four albums were all held by Jenkins. [Jeffries, Stuart. " [http://www.guardian.co.uk/g2/story/0,,2105203,00.html Why Katherine Jenkins is hogging the classical charts] ". "", . Retrieved , .] Also in November, she performed live before The Queen at the Royal British Legion Festival of Remembrance at the and joined fellow Welsh singer James Fox in the final verse of "Anthem" from the musical "Chess". [" [http://www.bbc.co.uk/religion/remembrance/programmes/festivalofremem.shtml Festival of Remembrance] ". . Retrieved , .] On , Jenkins appeared as a guest and performer on 's "Parkinson" show, where she sang the Welsh national anthem informally during her interview and a Christmas song backed by the and a . [" [http://parkinson.tangozebra.com/guest_transcript.phtml?guest_id=172 Katherine Jenkins on Parkinson] ". parkinson.tangozebra.com. Retrieved , .]

At the start of 2007, Jenkins made her first appearance on the British young people's which ranked her as the sixty-second richest young person in Britain with an estimated wealth of £9 million.

She made a in two episodes of "" on 16 and , which saw her opening the village pageant. [" [http://news.bbc.co.uk/1/hi/wales/6495573.stm Emmerdale cameo role for Jenkins] ". , . Retrieved , .] In July, Jenkins performed live on "Saving Planet Earth" on BBC One, to raise money for the BBC Wildlife Fund [" [http://www.bbc.co.uk/pressoffice/pressreleases/stories/2007/05_may/11/saving_live.shtml Saving Planet Earth] ". bbc.co.uk, . Retrieved , .] and later that month a special concert starring Jenkins was held at in south Wales. It was entitled "Katherine In The Park" and saw Jenkins perform alongside and . [" [http://entertainment.aol.co.uk/talent-show-winner-in-opera-concert/article/20070708033709990001 Talent show winner in opera concert] ". . Retrieved , .] Jenkins extended a personal invitation to Potts to sing "" at the concert. [" [http://www.newswales.co.uk/?section=Culture&F=1&id=11787 Paul Potts comes home with Katherine Jenkins] ". . newswales.co.uk. Retrieved , .] On , Jenkins appeared on ITV's "" where she nominated on the to be voted as Britain's favourite view. [Pettie, Andrew. " [http://www.telegraph.co.uk/news/main.jhtml?xml=/news/2007/08/11/nview111.xml Britain asked: What's your favourite view?] ". "", . Retrieved , .] She took cameras on a tour of the bay and commented on the great sentimental value the bay has to her: "I grew up on the edge of the Gower, but it was still a holiday place for our family. We’d go on weekend breaks to Three Cliffs Bay – six miles down the road! That’s how gorgeous it is." [Crump, Vincent. " [http://travel.timesonline.co.uk/tol/life_and_style/travel/article2234280.ece Well, in my view Britain's best is...] ". "", . Retrieved , .] In September Jenkins ed at 's Fashion Relief event for charity in a dress which was then bought by for £10,000. [" [http://www.dailymail.co.uk/pages/live/articles/showbiz/showbiznews.html?in_article_id=483025&in_page_id=1773 Big Brother twins steal the show at star-studded Fashion Relief] ". "", . Retrieved , .] On , she sang "" with on the "" results show.

In November 2007, she again sang at the Royal British Legion Festival of Remembrance at the , and won classical performer of the year at the Variety Club Showbiz Awards. [" [http://news.bbc.co.uk/1/hi/entertainment/7101247.stm Variety prize for Keira Knightley] ". , . Retrieved .] Her fifth album, entitled "Rejoice", was released on . The album contains a mix of classical and pop music in which some songs have been written specially for her.

She has also teamed up with , who organised to stage a song and dance production to pay tribute to the stars which have inspired them

Jenkins' autobiography, "Time to Say Hello", was released on , and was also serialised in "".

Whilst Jenkins was studying at the , at 19 years of age, she was attacked and nearly raped by a man who followed her off a bus after she had enjoyed a night out with friends.

Jenkins was in a relationship for four years with and former Worlds Apart singer Steve Hart. However, they kept details of their relationship private, and were rarely seen in public together. Jenkins confirmed the couple had split in November 2006, so that she could concentrate on her career. [" [http://www.thesun.co.uk/article/0,,2-2006510391,00.html Singing star Kath's going solo] ". "The Sun", . Retrieved , .] She is currently dating Welsh television presenter . [Rhys, Steffan. " [http://icwales.icnetwork.co.uk/news/wales-news/2007/12/08/katherine-jenkins-and-gethin-jones-love-match-91466-20222204/ Katherine Jenkins and Gethin Jones dating] ". "Western Mail", . Retrieved .] Jenkins confirmed "Yes, it's pretty serious, but honestly I don't want to go into it very much. I like to keep my private life private and I don't want people to think that I'm trying to exploit the relationship. We are together because we like each other and not because we want any publicity from it."