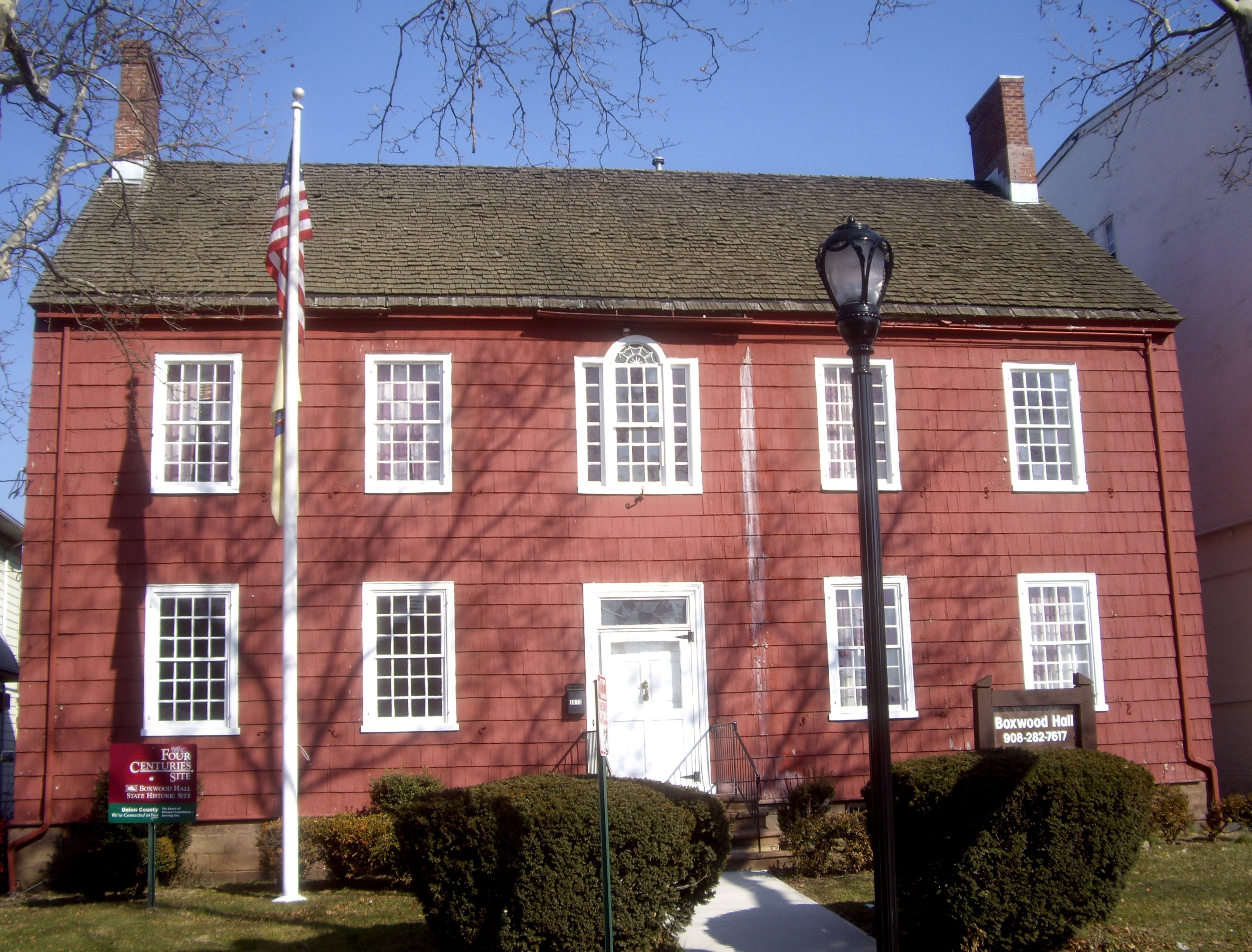 Boxwood Hall was the home from 1772 to 1795 of , president of the and a signer of the ending the . Boudinot and others met here for a luncheon and then and escorted him to Manhattan for his inauguration on , . [ [http://www.getnj.com/historichouses/boxwoodelizabeth.shtml Getnj.com historic houses] ]

Boudinot sold it to , a signer of the Declaration of Independence, who lived here until his death in 1824. [ [http://www.nps.gov/history/history/online_books/constitution/site14.htm NPS Constitution History] ] . In 1824, Dayton entertained Lafayette at this house. [ [http://www.nr.nps.gov/writeups/70000397.nl.pdf NHL Writeup] ]

In 2004, the house was at severe risk of damage. [ [http://tps.cr.nps.gov/nhl/detail.cfm?ResourceID=946&resourceType=Building NHL Detailed writeup] ]

The State of New Jersey operates the house as a historic house museum.