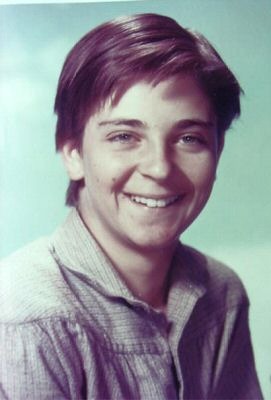 Thomas Noel Rettig, more familiarly Tommy Rettig or, as an adult, Tom Rettig (, &ndash; , ), was an American and and . Rettig is best remembered for having portrayed the character "Jeff Miller" in the first three seasons of 's "Lassie" , from 1954-1957, later seen in syndicated re-runs as "".In the mid 60's Tommy also co-starred in the TV Soap,"Never Too Young" He also recorded the song with the same title,"Never Too Young" The record was issued on the Legedary label,"Velvet Tone" The song was produced by the label's President,"Jimmy Velvet" who was a 50's and 60's recording star and close friend of Elvis Presley.Tommy's group for this recording was known as,"The TR-4"Tommy is also featured in the Coffee Table Book,"Inside The Dream" The Jimmy Velvet Story. See,InsideTheDream.net

Rettig was born to a father, Elias Rettig, and a mother, Rosemary Nibali, in section of . He started his career at age six, on tour with in the play "Annie Get Your Gun" in which he played Little Jake.

Before his famous role as Jeff Miller in the first "Lassie" , Rettig also appeared in about 18 s including "" (written by ) and "" with and . Rettig later told of a warm personal friendship with Monroe, who was more reserved in the company of older males.

It was his work with a dog in "The 5000 Fingers Of Dr. T." that led animal trainer to urge him to audition for the "Lassie" role, for which Weatherwax supplied the famous collies.

Rettig later told interviewers that he longed for a life as a normal teenager, and after four seasons, was able to get out of his contract. He was also critical of the treatment and compensation of child actors of his day. He reportedly received no residual payments from his work in the "Lassie" series although his work was syndicated and widely shown under the name "".

He graduated in 1959 from University High School in Los Angeles.

As an adult, Rettig preferred to be called "Tom". He found the transition from child star to be difficult, and had several well-publicized legal entanglements relating to illegal s (a conviction for growing marijuana on his farm and a charge for of which he was exonerated). Some years after he left acting, he became a , which led him while working on mailing lists to get involved in the early days of s.

For the last 15 years of his life, Rettig was a very well-known software author and expert. He was a very early employee of , and specialized in (sequentially) , Clipper, and finally . (Tom Rettig's career in software engineering is not to be confused with the person of the same name who worked at doing sound on such projects as and . That Tom Rettig is one of Thomas Noel Rettig's two sons; as their middle names differ, the son is not Tom Rettig Jr.)"

Coincidentally, when Rettig moved to Marina del Rey in the late 1980s, one of his neighbors was named "Jeff Miller". [ [http://blog.seniorsafety.com/public/item/95580 Jeff Miller reminiscence] ]

Rettig did a guest appearance in an episode of the later television series "", with , which aired on , . The series featured appearances from two other Lassie veterans, , who had starred in the first movie "" (1943) and , who had starred in the 1945 movie "", and the television series (as Timmy's mother in the years after Rettig left the show). After his death at the age of fifty-four of a heart attack, his memorial service in was attended by , the of then , and several other former child stars who were featured in a photo spread in "". His loss was also mourned by many in the software industry. Many computer people who read his books and articles or used Rettig's software products did not realize that he was a former child star.

* "It really pissed me off-producers had this general impression that whatever talent and gifts you had learned how to use as a kid, as soon as you were 21 it dried up. That was for boys. Girls were a different story. They can go from cute to gorgeous."

* "Yeah, I met her right after I graduated-1959. We got married that December I was eighteen, she was fifteen. My son Tom came in the first year. I wanted to live life as a normal guy. I wanted to know what real life was like. I sold men's clothes, l delivered flowers."

* "I just wanted to have a chance at the real world. Then I found out through working a series of straight jobs that straight jobs suck! But you sell fourteen pairs of Levis and you go home that night and it doesn't make you feel like cracking open the champagne."

* "Out of necessity not choice, I wound up with my own production company, Potpourri Productions. I had that from 1967 to 1971. Won a few awards for my quality, produced over a hundred TV commercials and business films-all L.A. stuff."