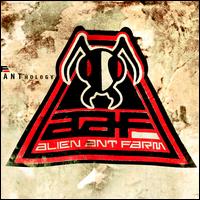 
"ANThology" is the first album by released on , in the and , in the .

Originally, the band made a small budget video for the song "Movies" (as they were still unknown). This was their intended first single. According to the band, they had never intended for "Smooth Criminal" to be a single. A radio station played the song (without permission from the band) and they received positive feedback. Instead of taking action against the radio station, they decided to accommodate the listeners and they quickly released their "Smooth Criminal" video and took away their "Movies" video. When it was time for a second single, they shot the current "Movies" video.