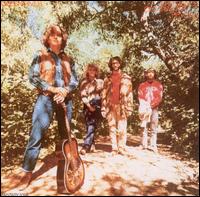 * included the song on her 1981 "" album, and had has included the song in her concert set lists sporadically in the years since.
* , lead singer of Heart, recorded a of this song for her 2007 solo release "Hope & Glory" with .
* Other artists, such as , , , , , Rancid, , , and have also covered the song.
* A reggae version was released in 1981 by on Atco Records.
* An innovative version appears on an album (COMD2009 "On The Rise") that was released in 1986 by the Scottish traditional music group, (the group has a tradition of ending their first set with one or another of Creedence Clearwater Revival's hit songs). The first half of track 6 comprises an instrumental version of John Fogerty's "Bad Moon Rising" presented in a unique fashion (their version is usually introduced to live audiences as "a surfing song from the "), whilst the second half of track 6 comprises "The Rising Moon Reel", written by their piper, , which is a stirring reel.
* covered the song. His version appears on the albums "Can you tell what it is yet", "" and "".
* played this song live.
* The song was covered by band ; the cover can be found not only on their album "", but on their "best of" album as well.
* The song was covered by Reeves Gabrels on "The Sacred Squall of Now" (1995).

* It was one of many "moon"-titled songs to feature on the soundtrack to "".
* It was featured on the soundtrack of "Sweet Home Alabama".
* The season one finale of "Supernatural" featured the song playing on the radio of the characters' '67 just as a semi driven by a possessed man hits them and nearly totals the car.
* The season three finale of "Las Vegas" features the song in the opening minutes.
* The song was sung by in episode when Marge asked him to perform .
* The Song was played in the movie "My Girl". It is located in the scene where Jamie Lee Curtis' character & Vada are at the carnival getting ready to ride the bumper cars.
* The song appears in "".

* Sportscaster gave the nickname to former NFL receiver , "Andre 'Bad Moon' Rison".
*There is an episode of the TV show The West Wing titled "Bad Moon Rising."
*There is an episode of the TV show titled "Bad Moon Rising."
*In the Episode of South Park, Cartman calls one of his pictures of Butters "New Moon Rising"
* fans have a song called " Rising" based on the song.
*In 's book "" the character Jack turns on the radio to this song. Some take it as foreshadowing of future events at the in the film to the book.
* The season 1 finale of "Hannah Montana" is entitled: "Bad Moose Rising" based on this song.
* AIDS activist and artist David Wojnarowicz entitled his 1989 multimedia collage "Bad Moon Rising" to address with critical acuity the AIDS epidemic as well as to document his own suffering.
* An episode of is called in reference to the song
* The first major expansion of the online game was entitled "Bad Moons Rising".