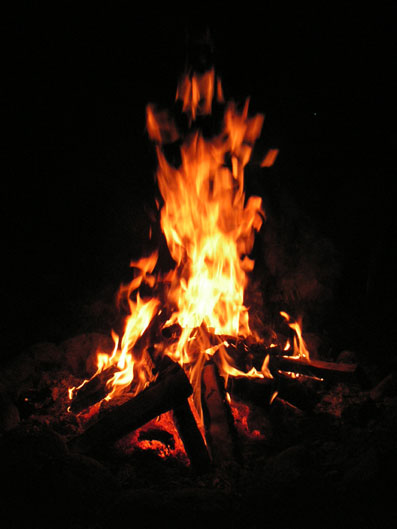 Lag BaOmer [ [http://www.jafi.org.il/education/FESTIVLS/shavuot/lagba.html Lag BaOmer] Jewish Agency for Israel] ( _he. ל"ג בעומר‎), also known as Lag LaOmer amongst , is a ish holiday celebrated on the thirty-third day of the which is on the 18th of .

Lag BaOmer is Hebrew shorthand for 33rd of Omer (Lag, or L"G ( _he. ל"ג) is the for 33). It falls on the 33rd day of the counting of the Omer, as counted from the second day of until the holiday of . This corresponds to the 18th day of the month of .

Sephardi Jews have the custom of calling this holiday Lag LaOmer, which has been claimed to be more accurate according to the rules of Hebrew grammar. Lag La'Omer means the thirty-third day "of the Omer", as opposed to BaOmer - "in the Omer." In reality, the Sephardim, who follow the "Mechaber" or Rav Yosef Karo (Shulchan Aruch) celebrate "Lad BaOmer," or the 34th day of the omer.

This has been disputed with the argument that in Hebrew, the prefix used when counting is "B'" or "Ba", as in , , etc. The "Ba" prefix in Hebrew can mean "relating to", as opposed to "la", which denotes "belonging to".

The 33rd day of the counting of the is Lag BaOmer. The origins of the Omer count are found in the Torah itself, in 23:15-16, which states that it is a commandment to count seven complete weeks from the day after Passover night ending with the festival of on the fiftieth day. The 49 days of the Omer correspond both to the time between physical emancipation from Egypt and the spiritual liberation of the giving of the Torah at the foot of on , as well as the time between the barley harvest and the wheat harvest in ancient Israel. There are a number of explanations for why the 33rd day is treated as a special holiday.

The ("Yevamot 62b") states that during the time of Rabbi Akiva 24,000 of his students died from a divine-sent plague during the counting of the Omer. The Talmud then goes on to say that this was because they did not show proper respect to one another, befitting their level; they begrudged each other the spiritual levels attained by their comrades. Jews celebrate Lag BaOmer, the 33rd day of the count, as the traditional day that this plague ended. This is the view recorded in the legal code of the Kitzur , 120:1-10. Another possible interpretation of this legend is that the students died as part of the Roman attempt to wipe out Judaism after the .

After the death of Rabbi Akiva's 24,000 students, he taught just five students, among them Rabbi . The latter went on to become the greatest teacher of Torah in his generation. The day of Lag BaOmer is also celebrated as the Hillula or Yahrzeit, the anniversary of the death, of bar Yohai, [ben Shimon, Asher [http://www.israelnationalnews.com/Articles/Article.aspx/2293 Lag B'Omer and Rashbi] " Arutz Sheva. May 18, 2003, accessed April 30, 2007.] who is believed to have authored the , a landmark text of . According to tradition, on the day of his death, he revealed the deepest secrets of the Kabbalah. Indeed this day is seen as a celebration of the giving of the hidden, mystical Torah through Rabbi Shimon Bar Yochai, as a parallel to Shavuot, which celebrates the giving of the revealed Torah through Moses. Indeed there is a source in the that Moses was as Rabbi Shimon Bar Yochai to give this mystical element of the Torah to the Jewish people.

One expression of the connection between Lag BaOmer and bar Yohai is that many thousands of Jews make a pilgrimage to bar Yohai's tomb in Meron each year on this day.

There are those who dispute that Lag BaOmer is indeed bar Yohai's Yahrzeit on the basis that it appears that in the original texts of Shaar HaKavanot by Hayyim Vital it refers to Lag BaOmer as being 'Yom Simchato' ('Day of his happiness'). [Machon Shilo [http://machonshilo.org/component/option,com_docman/task,doc_download/gid,67/Itemid,64/ A Fresh Look at Lag B'Omer] Audio lecture by Rav ] However, the day of death of a saint or tzadik is generally considered a day of celebration so this appelation is not surprising, especially given the fact that the Zohar tells the story that bar Yohai revealed a vast amount of mystical teaching at that time. The , and the Chida both confirm that bar Yohai did not die on this date – additionally the Chasam Sofer discouraged the idea of celebrating on the day even if it would in fact be his Yahrzeit. [Esser Agaroth [http://esseragaroth.blogspot.com/2007/05/umhello-rashbi-didnt-die-on-lag-bomer.html Um,...Hello?! RaShB"I Didn't Die on Lag b'Omer ] Essay by Yaaqov ben Yehudah]

Lag BaOmer has another significance based on the Kabbalistic custom of assigning a Sefirah to each day and week of the Omer count. The 33rd day is the 5th day of the 5th week, which would be the day of Hod, or Majesty, within the week of Hod. As such, Lag BaOmer represents the level of spiritual manifestation or Hod that would precede the more physical manifestation of the 49th day, Malkhut within Malkhut, which immediately precedes the holiday of .

There is some conjecture that the holiday marks the temporary victory of Bar Kokhba's men over the Romans. [ [http://www.tourism.gov.il/Tourism_Eng/Tourist+Information/Discover+Israel/Holidays/Lag+ba-Omer.htm Israel Ministry of Tourism] ] The holiday became a symbol emphasizing the struggle for national liberation and freedom. The bonfires and the games coincide with Bar Kochba's revolt.

The most well-known custom of Lag BaOmer is the lighting of bonfires. Some say that as bar Yohai gave spiritual light to the world with the revelation of the Zohar, bonfires are lit to symbolize the impact of his teachings. It is also Jewish custom to light a candle in honour of the deceased on the day of the Yahrzeit. As his passing left such a 'light' behind, many candles and/or bonfires are lit. The Bnei Yissoschor cites another reason for the lighting of bonfires. On the day of his death Rabbi Shimon Bar Yochai said "Now, it's my desire to reveal secrets...The day will not go to its place like any other, for this entire day stands within my domain..." Daylight was miraculously extended until Rabbi Shimon had completed his final teaching and passed away. This symbolized that all light is subservient to spiritual light, an particularly to the primeval light contained within the mystical teachings of the Torah. As such, the custom of lighting fires symbolizes this revelation of powerful light.

During the , Lag BaOmer became a special holiday for nical students and was even called the "Scholar's festival." It was customary to rejoice on this day through various kinds of merrymaking. As restrictions of mourning are lifted on this 33rd day of the count of the omer, weddings, parties, listening to music, picnics, and haircuts are commonly scheduled to coincide with this day. In Israel, where it is a common custom to delay cutting a boy's hair until after his third birthday, the hair-cutting ceremony is often held on Lag BaOmer in the area near bar Yohai's tomb.

Lag Ba’omer is special in that the prohibitions of the Omer period may be suspended for the day, or cease, according to custom. It is a time of dancing and singing. Families go on picnics and outings. Children go out to the fields with their teachers with bows and (rubber-tipped) arrows, and bats and balls. , the prayer for special Divine Mercy on one's behalf is not said, because when God is showing one a "smiling face," so to speak, as He does especially on the Holidays, there is no need to ask for special mercy.

In Meron, the burial place of and his son, Rabbi , tens of thousands of Jews, if not more, gather to celebrate on the "Yahrzeit," (or more properly, the Hillula) the anniversary of the death of the "G-dly man," the great scholar who lived in the immediate aftermath of the . With torches, song and feasting, the Yahrzeit is celebrated. This may seem somewhat odd, but was a specific request by Rabbi of his students. It is a custom at the Meron celebrations, dating from the time of Rabbi , that three-year-old boys are given their first haircuts or , while their parents distribute wine and sweets.

It has been proposed that originally pilgrimages for an were made to the the Prophet on the 28th of (his ). He was a bound by oath not to cut his hair, and as such the location of his tomb more appropriate for the occasion. However at some point towards the end of the , the area had become prohibited to Jews – it is around this same time pilgrimages began to be made to Meron, location of the tomb of whose is the 18th of (Lag B’omer). Possibly the tradition of during this period was thus transported to a new location and date. Bolstering evidence for this theory is that prohibits hair cutting until the 34th day of the , as such at Meron would be in contradiction with the tradition of segments of the Jewish community on this basis it seems more likely that the s were originally held on the 28th of – a more universally tenable date as it is past the 34th day of the . [ [http://www.aish.com/torahportion/moray/The_Twenty_Eighth_of_Iyar.asp The Twenty Eighth of Iyar] Aish]

Lag BaOmer in modern is a school holiday. Youngsters and their parents light bonfires in open spaces in cities and towns throughout the country. Students' Day is celebrated on the campuses of the various universities. Hundreds of weddings are held on Lag BaOmer and this adds to the festive character of this holiday.

In Israel, one knows that Lag BaOmer is drawing near when children begin collecting wood boards, old doors, and anything made from wood that can burn. This happens from a week to 10 days before Lag BaOmer. As Lag BaOmer approaches, the situation gets to the point where building contractors have to employ extra night watchmen to make sure that wooden planks and scaffolding are not taken by the eager youngsters. And, of course, the fire department is kept very busy on Lag BaOmer eve when the s are lit and where the danger exists of fires getting out of control.

Another custom is the giving of Chai Rotel. Chai (literally life, but alphanumerically equivalent to 18) Rotel (a rotel is a liquid measure of about 3 liters; 18 rotels equals 54 liters or about 13 gallons). It is popularly believed that if one donates or offers 18 measures of liquid sustenance to those attending the celebrations at the Hilula of R' in Meron on Lag BaOmer then the giver will be granted miraculous salvations. R' , the second , is alleged to have written to one of his acquaintances in 1912 "I heard from the holy sages of that they have a kabbalah that barren women (G-d forbid) should donate Chai Rotel on the yahrzeit of R’ Shimon bar Yochai."