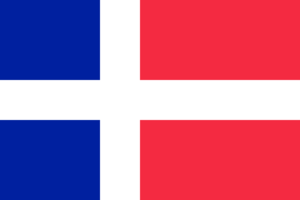 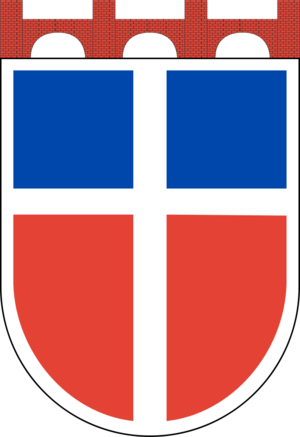 symbol = Coat of Arms of the Saarland

image_map_caption = Borders of post-WWII Germany (1949). The Saar is in purple.
capital = Saarbrücken
government_type = Republic
year_leader1 = US zone
currency = , The Saar or Saar Area or Saar Protectorate or Saar Region was a French-German borderland territory twice temporarily made a protectorate state and now the Federal German ("Flächenland") of . The state was twice forcibly made a protectorate by the victorious allies following a policy of "industrial disarmament" during forced post-war settlements on the peoples and new governments of after both world wars. Most recently the Saar protectorate was a short lived post-World War II protectorate (1947-1956) partitioned from defeated and administered by .

The region about the and its tributary valleys is a geographically folded, mineral rich, strongly ethnically German, economically important, heavily industrialized area with a well developed transportation infrastructure that was one of the centers of the in Germany and which, like the , fueled the German war industries from during the early 1800s up through WWII. Like the nearby Ruhr valley, it was heavily bombed by the allies during the strategic bombing campaigns during WWII.

The protectorate corresponds territorially to the current German state of , which it became after it was returned to West Germany in January 1, 1957. After World War II, a policy of industrial disarmament and dispersal of industrial workers was officially pursued by the allies until 1951 and the region was made a under French control in 1947, until cold war pressures for a stronger Germany allowed renewed industrialization, and the French returned control of the region to the government of in 1957. The region was also occupied by the French during the , which settlements defined the shape of modern Europe and the region.

The region had previously been occupied by France during the , when it had been included in the as the département of Sarre between 1798 and 1814. As almost all of the local population of the region is ethnically German, this resulted in strong anti-French sentiments among the population.

Under the the post-, the Saar area had been occupied jointly by the and France. In 1920 Britain and France established a nominally independent occupation government, which was sanctioned by a 15 year mandate: . However, the Saar's coal industry, the dominant industry in the region at the time, was nationalized and directly administered by France. French nationalists coveted the region for its mineral wealth and industrial potential. The French administration of the German region did not gather local support to become a part of France but instead politically backfired. In a held in the territory at the end of this 15-year term, on , , 90.7 percent of the voters cast their ballot in favor of a return to Germany, and 0.4 percent voted for union with France. Others (8.9%) favored the third option of a continued British-French occupation government. After several years of political agitation and maneuvers pressed by Chancellor for the re-union of the Saarland with the ("Rückgliederung des Saarlandes") it was reincorporated in 1935 as the Gau of Saar-Palatinate ("Saarpfalz"). In 1942 it was renamed "Westmark" (Western Boundary) of the Reich.

After , the Saarland came under French administration again, as the Saar Protectorate.

Before detachment from Germany the French enlarged the territory by adding 109 municipalities from the to it. [Hans-Peter Schwarz, "Konrad Adenauer: a German politician and statesman in a period of war" p.489, ( [http://books.google.com/books?id=RxY5HN9m48QC&pg=PA489&dq=Saar+protectorate+1947&lr=&sig=ACfU3U3zNy13eSJ4FdEgCcmYUBFhYSKZ5Q Books.Google] )]

In the speech , held in on , , the American Secretary of State stated the U.S. motive in detaching the Saar from Germany as "The United States does not feel that it can deny to France, which has been invaded three times by Germany in 70 years, its claim to the Saar territory".

From 1945&ndash;51, a policy of industrial disarmament was pursued in Germany by the Allied powers (see ). As part of this policy limits were placed on allowed production levels, and industries in the Saar were dismantled as they had been in the Ruhr, although mostly in the period before the detachment (see also [http://www.ena.lu/?lang=2&doc=16822 the 1949 letter] from the UK Foreign minister to the French Foreign minister , urging a reconsideration of dismantling policy).

Under the France attempted to gain economic control of the German industrial areas in its assigned zones of control, especially areas with large coal and mineral deposits, such as the and the . Similar attempts to gain control of or permanently internationalize the Ruhr area (see ) were abandoned in 1951 when France rejected the traditional aims of European hegemony predicated upon European enemity. In the face of American and Soviet domination of Europe the French government took a historic step in deciding that the only viable political model for the future lay in European integration. This resulted in the in 1950, a plan drafted for the most part by . The plan put forward France and Germany as the core of a new Europe, and this required a rapprochement and the establishment of close ties between the two states. As a first step France and Germany were to agree to pool their coal and steel resources (see ). German participation in the plan was contingent upon a return of full political control of German industry to the West German government. However, France delayed the return the Saar in the hope of cementing its economic control over the region.

Under French rule, pro-German parties were initially banned. In the general elections of December 1952, a clear majority expressed their support for the parties who wanted the Saar to remain autonomous, although 24 percent cast blank ballots in support of banned pro-German parties.

In the of , France offered to establish an independent "Saarland", under the auspices of the (WEU), but a referendum held on rejected this plan by 67.7% to 32.3% (out of a 96.5% turnout: 423,434 against, 201,975 for) despite the public support of West German Chancellor for the plan. Instead, the people of the Saar opted for the return of the Saar to the Federal Republic of Germany. [http://www.ena.lu/europe/formation-community/saar-referendum-1955.htm]

On , , the established that Saarland should be allowed to rejoin , which it did on , .

The treaty also stated that economic union with West Germany was to be completed by 1960, with the exact date of the introduction of the being kept a secret called „Tag X“. The currencies used in the Saar were the , introduced in 1947, and the , on par with the , introduced in coins in 1954. Although the Saar rejoined West Germany (as ) on , , the was not valid in Saarland until , .

On 6 July 1959 the „Kleine Wiedervereinigung“ (small reunion) was completed, after 14 years of separation.

The principal reason for the French desire for economic control of the Saar was its large coal deposits. To satisfy this, France was offered compensation for the return of the Saar to Germany: the Saar treaty permitted France to extract coal from the coal deposit until 1981.

Germany had to agree to the channelization of the Moselle. This reduced French freight costs in the Lorraine steel industry. Germany also had to agree to the teaching of French as the first foreign language in schools in the Saarland. Although no longer binding, the agreement is still in the main followed.

As a footnote in the overall settlement of a Franco-German conflict dating back to the Napoleonic Wars by the creation of the and the process of European integration, the dispute over control of the Saarland was one of the last territorial disputes between member states. The dispute, resolved in 1956, led to the being given twelve stars rather than the originally proposed 15 (one of which was to represent a nominally independent Saar). [http://homepage.tinet.ie/~seanjmurphy/chiefs/euroflagmemo.html]

The Saar competed in the in , and the participated in the qualifying section of the , but failed to qualify after coming second to the West German team, but ahead of Norway. was the manager of the Saarland team from 1952 until Saarland became a part of West Germany in 1957. [http://www.rsssf.com/tabless/saar-intres.html]

*Saar, a League of Nations governed territory (1920-1935)
*Sarre, a département of France (1798-1814)
*
* plan for the detachment of German industrial regions for the benefit of France
* directly annexed to France

* [http://www.ena.lu?lang=2&doc=6584 French proposal regarding the detachment of German industrial regions] September 8, 1945
* [http://www.ena.lu/europe/formation-community/interets-union-economique-franco-sarroise-1952.htm interets-union-economique-franco-sarroise-1952] Documents relating to the Saar-France Issue.
* [http://www.fdrlibrary.marist.edu/psf/box31/t297a01.html Morgenthau (post surrender) Plan from 1944] Purpose of proposed Saar transfer is to weaken German industry.
* [http://usa.usembassy.de/etexts/ga4-460906.htm Restatement of Policy on Germany. Secretary of State James F. Byrnes. Stuttgart. , ] Statement in favour of the transfer of the Saar to France.
* [http://www.american.edu/ted/ice/saar.htm France, Germany and the Struggle for the War-making Natural Resources of the Rhineland] Describes the contest for the Saar over the centuries.
* [http://digital.library.wisc.edu/1711.dl/FRUS.FRUS1947v02 Foreign relations of the United States, 1947. Council of Foreign Ministers; Germany and Austria] Pg. 1073 onwards deals with "Attitude of the United States Regarding the Detachment of the Saar from Germany and its Integration into the French Economy"
* [http://www.questia.com/PM.qst?a=o&d=3908480 THE SAAR CONFLICT 1945-1955] at