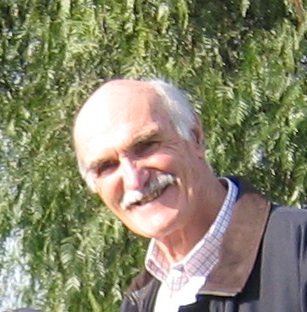 Recruited from the Preston Boys Club (he had been released by Collingwood to whom he was residentially bound), he played in Essendon's Thirds (under-19s), and played something like four seasons with the Seconds before becoming a regular seniors player in 1953.

He played in the highly talented 1952 Essendon Seconds Premiership team that beat Collingwood Seconds 7.14 (56) to 4.5 (29). All but one [A. Taylor never played a single game for Essendon Firsts.] of the premiership team's 20 players had either already played for the Essendon Firsts or would go on to do so in the future; the team was:Excluding the senior games that some had already played (or would go on to play) with other VFL clubs, the members of the Essendon 1952 Seconds Premiership Team played an aggregate total of 1072 senior games for Essendon Firsts.

He eventually went on to play 191 senior games for Essendon (including 70 consecutive games between 1956 and 1960), and score 98 goals in his senior career.

Although possessed of great speed across the ground, Leek was an ungainly ruckman with great tenacity and enormous physical strength and, despite his atrocious kicking in front of goals (he was a left-foot kick, capable of kicking long distances, but was rarely accurate), he became a regular in the Essendon senior sides of the 1950s.

He was a beautiful palmer of the ball; [In their death notice tribute to Geoff Leek in the Melbourne Herald Sun of 23 February 2008, former team-mates, the champion ruck-rover Hugh Mitchell and champion rover John Birt, who had roved to Leek's rucking for ten and six years respectively, called him "a legend", and described him as "a great mate and the greatest palmer of all time".] and towards the end of his career, as Leek's skills and knowledge of ruck play developed, and he learned how to cooperate with ruck-rover Hugh Mitchell, and as he took over the responsibilities of the first ruck from John Gill, the club's fortunes began to rise as a real force.

He was selected in the Victorian representative team that played four matches in the 's (ANFC) Centenary Carnival held in Melbourne in 1958. [Note that, in this fashion, the ANFC was asserting a claim that Australian Rules Football actually began in 1858.]

In May 1952, as part of its promotion of the movie , the management of the Melboune cinema "The State Theatre" on the corner of Flinders Street and Russell Street (now known as the ) measured the height of the ten tallest VFL players.

Renowned for his courage and dedication as a player, his fine character as a man, and his overall good sportsmanship, he was known throughout the football world as "the gentle giant".

He almost didn't play at all due to an ankle injury — he was in doubt even half an hour before the match — and he took to the field having had a series of pain killing injections. According to Maplestone (1996, p.193):

Leek surprised all at Essendon when he announced his retirement prior to the 1963 season.

He had served on the Essendon Football Club's committee in 1957; and was made a Life Member in 1960.

He died suddenly, at home, on Wednesday 21 February 2008, having just celebrated his 76th birthday on the preceding Monday (18 February 2008).